It’s the most wonderful time of the year for those who celebrate Christmas, Kwanzaa and Hanukkah. Families gather, presents are exchanged and the season brings out the best in family, friends and strangers.

Many people have a bit of a difficult time imagining what Christmas looks like on an island, after all, there’s no snow, chestnuts roasting on an open fire or stockings hung up over a roaring fireplace, well, that’s a maybe on that last one.

Yes, it actually gets chilly at Christmas time in Jamaica with many locals baffling visitors because you’ll spot jackets and shawls and few folks shivering as the Christmas breezes of the season pick up and the evergreen foliage blows in the strong winds and, up in the mountains, many folks enjoy a good crackling fire. 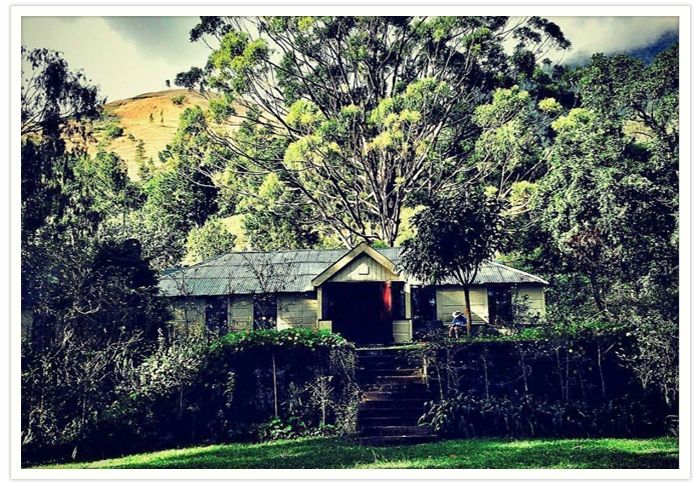 It’s just pass hurricane season and the skies actually unveil bright sunshine for perfect beach days, which lines up nicely for families heading out for a fun day during the season, playing in the sand and surf at many of public beaches across the country and many local families even take full advantage of the hotels that dot the island.


Some hotels and attractions also offer welcoming rates for locals so if you’re in Jamaica staying with family, you might be able to get in on that bonus of being an islander for the holidays!

What else makes a Jamaican Christmas? There are traditions that date back to the colonial days as well as some that sprung up over time. One such tradition that remains strong is Grand Market. Towns, small communities and even the main cities on the island celebrate this age old family tradition. Everyone gets dressed up on Christmas Eve and heads to Grand Market where you can shop for food and toys at this combination festival and market. 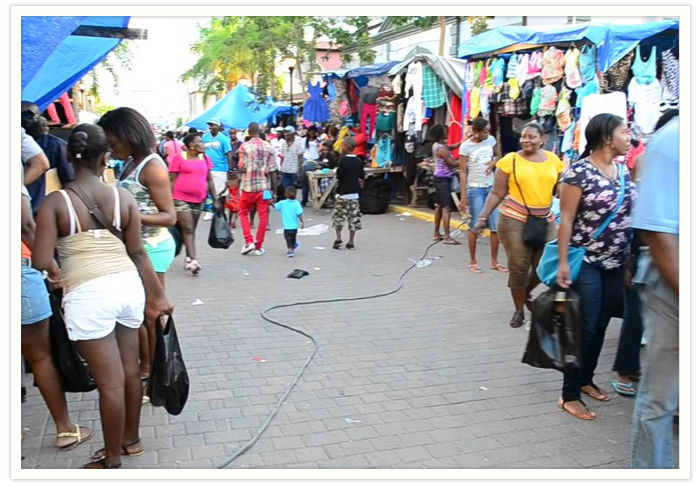 Some even wait until this moment to buy the perfect outfit for the evening celebrations that get into full swing starting at sundown. The streets are filled with Christmas lights and music and the smell of good food is in the air as everyone has a grand old time, with the festivities sometimes lasting into the wee hours of the morning.

Many, however, break to ensure they are in church for Midnight Mass while others head to early morning services on Christmas Day and then head home for a traditional Jamaican breakfast of ackee and saltfish with green bananas, breadfruit, fried plantains accompanied by fresh fruit juice and tea or cocoa. The main Christmas meal in Jamaica is a late lunch for most, with a large Christmas ham usually taking centre stage. 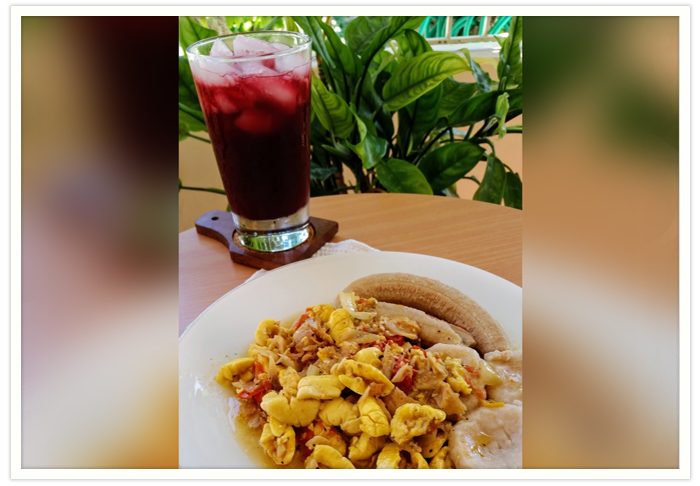 Other complimentary meals vary from household to household, but Rice and Peas is normally a staple while other sides may include Candied Yams, Potato Salad or Macaroni and Cheese.

Along with the traditional ham, you will usually find roasted pork or chicken (versus Jerked which isn’t a common meal on this occasion), and other more traditional Jamaican cuisine like Curried Goat or Oxtail. Sometimes these more traditional dishes are saved for the evening meal. What you will always find however is that almost everyone drinks Sorrel, usually with ginger. Some like theirs sweet and some like it unsweetened but rest assured you will be offered a glass everywhere you go. 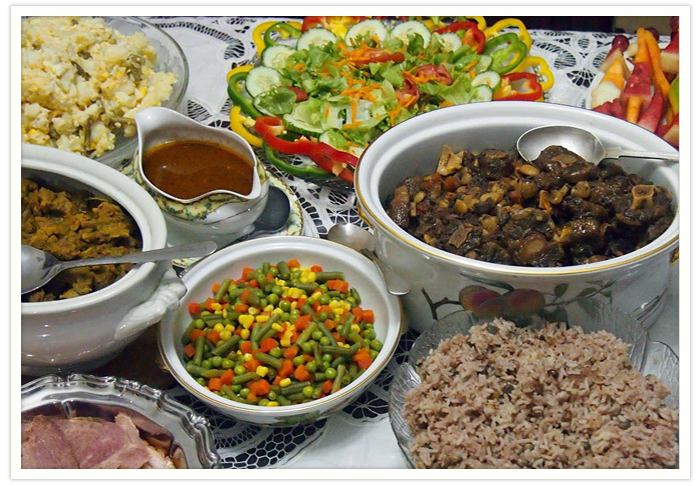 It used to be made at home from scratch and many pride themselves on their recipe, nowadays though you can pick some up in the local supermarket. Dessert is usually in the form of a potent dark rum cake. Sometimes it is served with a creamy brandy sauce but the main slice is strong enough all on its own as the baked-in fruit has been soaking in rum for months before Christmas time!

Although also now available in supermarkets, the best fruit cake still seem to be those with recipes handed down through generations and made with loads of rum and wine and a lot of love. Traditionally the season is about the family coming together to make Christmas pudding, sorrel and preparing the ham the way their parents, grand-parents and ancestors have made it over the years. 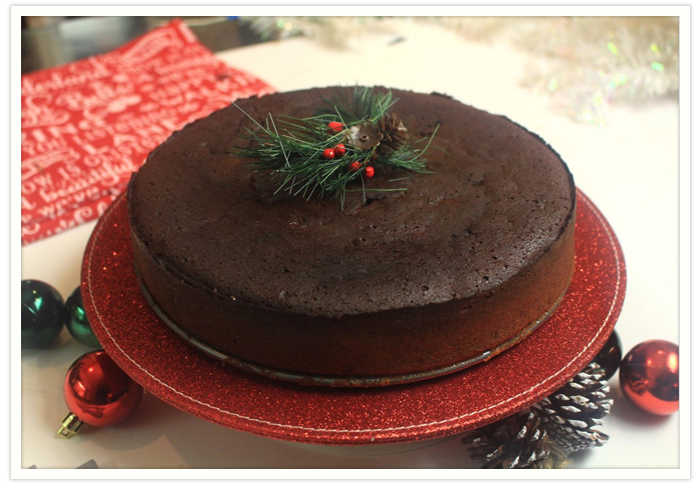 Some things that are common are to reflect the spirit of the season, such as envelopes of cash given to postmen and trash collectors and other community workers, while temporary workforces are created to clean up streets from trash, and for landscaping and highway maintenance.  Other traditions may differ a little such as the annual home makeover.

While other countries have spring cleaning, Jamaicans will go all out to fix up their homes for the season. Some homes are given a fresh coat of paint and the house is usually cleaned from top to bottom, new furniture may be purchased and curtains hung. 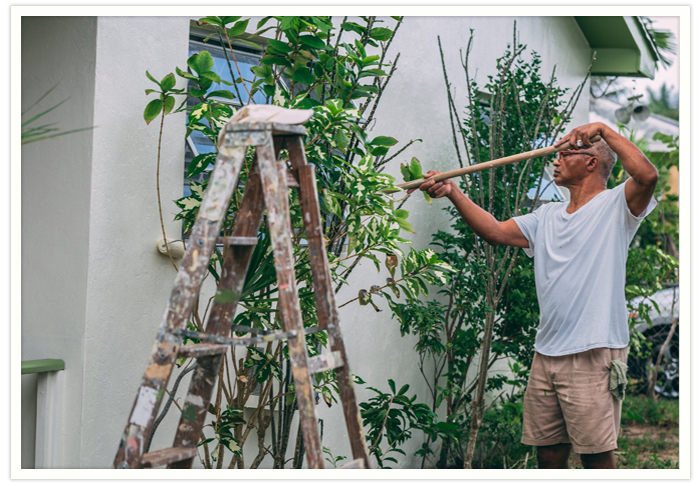 Like many cultures from all over the world there are traditional Christmas linens such as hand towels and table cloths that come out once a year but Jamaicans somehow have a knack for finding a way to add details others may not have thought of like Christmas doilies and cushions to compliment the setting of colourful Christmas lights and a beautifully decorated Christmas tree.

Some get a traditional fresh cut Cypress tree from the mountains while others opt for an artificial one. Like many places where snow doesn’t fall, cans of fake snow are available to draw snowflakes on the window to make a pretend white Christmas! 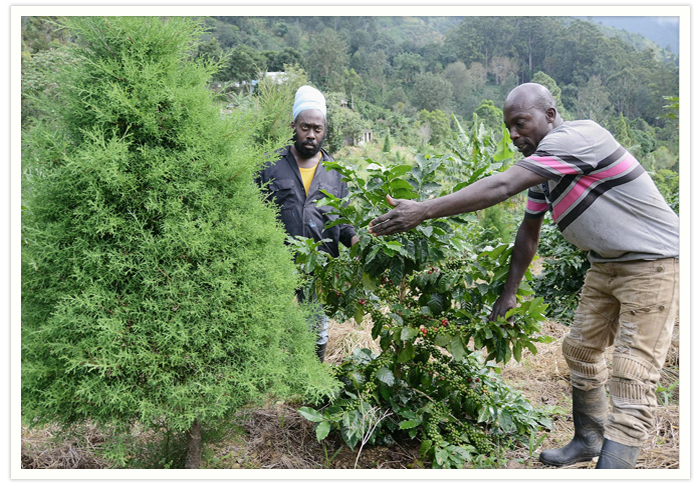 Another Christmas tradition reflects the British colonial past of the island which is the annual opening of the Pantomime on Boxing Day (December 26th). The original Pantomime was similar to England’s tradition of putting on a fairy tale for the whole family.

The Jamaican Pantomime put on annually by the Little Theatre Movement (LTM) took on its own personality and moved away from stories like ‘Jack & The Beanstalk’ and started to tell the stories of the island and her people, such as a traditional Taino princess or a runaway slave’s epic romance. Every year a brand new original play opens as always on Boxing Day and remains a fun evening out for the entire family.

Other older traditions can still be seen on occasion, however they have become rare, such as ‘Jonkanoo’, or ‘John Canoe’. Performers dress up and are masked to portray specific characters, such as Cowhead and Pitchy Patchy.

This too has a touch of the colonial days across the islands, as it sprang from festivities by the slaves when given the time off. The Jamaican version is reflective of the English courts as well, with a King and Queen and courtier characters.

There is also usually a Devil and others depending on the island. In Jamaica, the dancers can sometimes be enjoyed at other cultural days of celebration such as Emancipation Day. The tradition is not as strong as it once was and is now treated more as a historical reference at ceremonies, although if you’re lucky you may catch a glimpse around Christmas time. 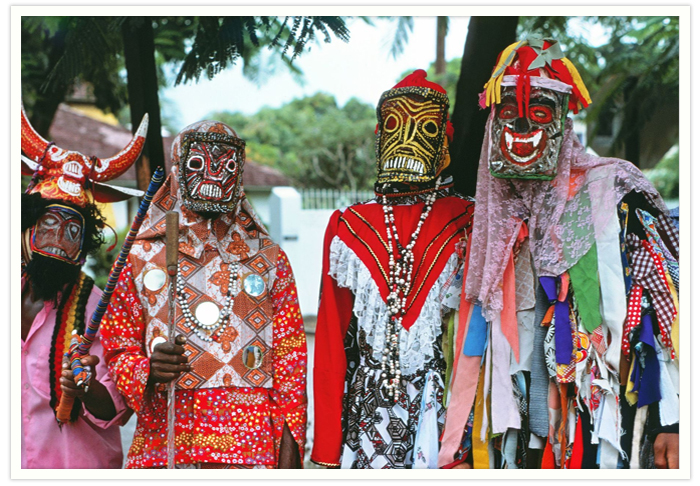 Every year, in the middle of December, if you’re in Kingston you can head to the Jamaica Defense Force (JDF) parade grounds, at Up Park Camp, for a magical Christmas Caroling service. The military of Jamaica put on quite the show at this outdoor event.

A Christmas tradition you know and love is alive and well in the form of music beyond caroling services. You’ll be sure to hear some familiar tunes as you stroll almost anywhere there is a store. From the newest American or British pop star’s latest rendition of an old favourite like ‘Santa Baby’ to a gospel choir’s heart tugging rendition of ‘O Holy Night’, the airwaves start playing these beloved Christmas carols from as early as November, as stores fill up with Christmas gift ideas and Christmas decorations.

Whether you’re in Jamaica for your Christmas vacation or visiting family on the island for a traditional Jamaican Christmas experience, the reason for the season will always remain the same as does the heart of it all, good food, good cheer, warm spirits and good will.

Check out the Recipes section of www.jamaicaexperiences.com for suggestions on how to make traditional Jamaican Christmas dishes like Christmas Ham, Sorrel and delicious Christmas Pudding, so even if you aren’t visiting the island you can bring a little of the warmth of the island into your home.

Do you know the Reggae Marathon, Half Marathon & 10K which attract participants from over 35 counrties across the globe? This year, it is taking place on December 6th. For more info read "Run....Don't Walk To Sign Up For Reggae Marathon 2019"

Read our FREE magazine & newspaper to find out everything you need to know about Jamaica!!