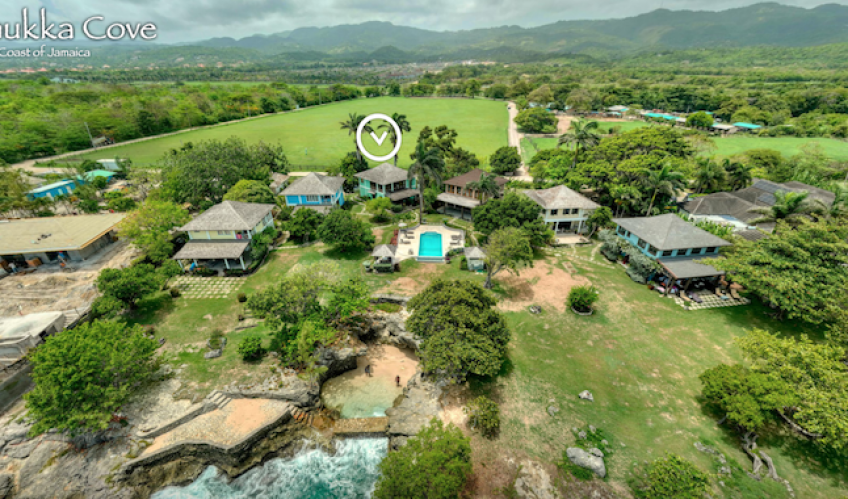 Stepping into the virtual world of advertising is the next step for filmmaker director Adrian Lopez as he introduces ADVRT360, a new tool to help industries welcome in consumers, showcase products and structures close up, and introduce travelers to their next destination in an entirely immersive experience.

Although VR advertising can be used for almost any product or business, it is uniquely positioned to promote tourism experiences in a whole new way. How about getting a quick adrenaline rush from ziplining for a few seconds from your couch? Or standing on the top of Blue Mountain Peak in Jamaica and being able to take in that 360° view? Checking out the luxury spa at your hotel and peeking into each room to whet the appetite is exactly the sort of edge VR advertising can offer a property competing in a market with a wealth of destination choices.

Spotting virtual advertising as his next project is what keeps Adrian Lopez at the top of his game. Having already experienced success in the world of commercial filmmaking, his resume reflects his continued ambition to conquer new fields. His work as a producer, screenwriter, director and filmmaker includes music videos and award winning short films, as well as TV series and feature length projects under consideration by international investors. He is the leading choice in Jamaica in regards to 3D animation and has several animated TV series in development.

From a young age Adrian Lopez was fascinated by visual storytelling, in other words, he loved movies and TV series that lit up his imagination, with science fiction being a favorite and still a current focus. It is these passions that continue to drive him today and have led to his film production company enjoying a well-earned reputation of producing content with extremely high production value.

His company, Liquid Light Digital (LLD), has been selected time and again to work with internationally recognized media powerhouses like the BBC, CNN, Disney, The Discovery Channel, HGTV, Warner Bros. and NBC on many features. And, due to the company’s reputation, NOKIA, Royal Caribbean Cruises, Scotiabank and many other household names have turned to LLD to work on numerous projects.

He also established a co-operative advertising agency, BLiNK, and, along with his partners, has taken on comprehensive internationally funded public messaging campaigns for government agencies.

ADVRT360 is only Adrian’s latest endeavor. Jamaica Experiences recently had a chat with him about what inspired him to go in this direction and how industries, in particular, the country’s growing tourism industry, can benefit from going this route.

JE: Tell us a little about your training and career background?
AL: I have double-degrees in Information Systems and Marketing, but my real love is Filmmaking. So, after the degrees, I went on to get certified in Unit Production, Directing and Producing from the Rockport Film School in Maine. After graduating from University in Canada, I returned to Jamaica and joined the corporate marketing world, first at Life of Jamaica, then Red Stripe. In 2000, I decided to strike out on my own and start Liquid Light Digital - Jamaica’s first one-stop film, animation, and visual effects production company.


JE: Since we are discussing how you started ADVRT360 VR advertising, how did you get interested in immersive experiences and virtual reality to begin with?

AL: I remember reading about virtual reality in early industry magazines - it was a faraway promise. Films like “Lawnmower Man” and Denzel Washington’s “Virtuosity” helped surface the technology in the mainstream, but it was still fairly primitive. My first VR experience was in a shopping mall in London in the early ’90’s. We had to stand in line for 30 minutes to pay for a 2 minute experience ... the headset weighed about 20 pounds, the backpack was another 15 pounds, and the graphics were terrible. Still, I could see this as technology that had incredible potential to transport the viewer in ways that staring at a flat screen never could.

Over the years, I’ve watched the technology evolve and we started exploring it as a storytelling tool about 8 years ago. We experimented with short films and branching narratives, learning the differences between traditional and VR filmmaking and how best to employ Virtual Reality to transport and engage the viewer. We’ve also started developing 3D VR experiences with the Unreal and Unity game engines.

The VR cameras helped us with capturing real world lighting for our visual effects, and along the way, we developed a workflow for creating virtual interactive experiences using detailed spherical panoramas that were deliverable on commonly available devices like desktops, laptops and smartphones.

JE: For us laypeople, that just means you can just move your head or the device you're using around and feel as if you’re actually looking around the space, right?
AL: (laughing) Exactly! or drag your finger or mouse around the screen.

JE: What made you decide to develop and expand your business in this direction?

AL: Covid, plain and simple. Businesses are looking for ways to attract their customers during a time when the physical experience is limited by social distancing protocols. We already had considerable experience in VR content development, so the pivot seemed a natural move, leveraging our film production to enhance the VR product.

JE: How do you see it enhancing a product's offerings?

AL: Whether its 360° video or 360° photography, the ability to look around as if you were actually standing in that environment is key. On a desktop computer, tablet or phone, it ramps up engagement - it's been proven that a VR web experience keeps people on your website 5 to 10 times longer than a flat webpage.

JE: What can I expect if I engage with ADVRT360 VR advertising?
AL: Many people are already familiar with and comfortable with an app like Google maps street view, 3D photos on an iPhone or spherical panoramas (the one where you can move the device while looking at the photo and see all around you). If viewing on a device like your own mobile phone, one can click on certain points to move towards it or ‘stand’ on that spot and arrows can be clicked to move in that direction. For example, if entering an art gallery virtually, you can move from room to room, turning to look at each piece of art, tapping on the art to see a closeup before moving on throughout the building. The device can be moved around to look at the space in its entirety as if you are standing in the centre of that space. For a business like an architecture firm or engineering firm even offering to bid on a project, this can be a very powerful tool to help the viewer visualize the final product. If using VR equipment, with headgear for example, this entire experience is further enhanced; however, it isn’t a necessity.

JE: How do you see it benefitting the tourism industry specifically?

AL: Our virtual reality experiences allow people to experience an attraction in an interactive way that a 30 second video commercial simply cannot match. We’ve been producing the Palace Amusement National Anthem - the one shown before every movie shown in Jamaican theaters - since 2009. The latest version, released in 2018, was different in that we shot it in virtual reality while we shot the traditional cinematic version. It's one thing to show a beautiful beach in Negril in traditional style - you see what the director wants you to see - that’s how cinema works. But in virtual reality, YOU get to look around and focus on what interests you, from the sand at your feet, the hummingbird flitting behind you, or the catamaran in the water. The whole scene is available to you - just look around.


JE: Do people need any special equipment for 360° viewing?

AL: Not really. Desktop computers, smartphones and tablets aren’t special anymore - they’re everywhere, if you’ve got one of those, that’s all you need. Of course, a headset enhances the experience - there's Google cardboard at the low-end, basically a holder for your smartphone so you can hold it up to your face, and at the other end there’s the Oculus Quest and Rift headsets and on the Playstation you have PSVR. All can access the content we create.

JE: What other industries do you see benefitting from this next level marketing tool?

AL: Getting people in the door is the name of the game. That hasn't changed. What’s changed is HOW you get them in the door. Consumers who view a virtual tour business listing are twice as likely to be interested in visiting or booking a reservation compared to viewing a traditional website listing.

Virtual reality can be applied to almost every industry in one way or another. The more obvious are space showcases, which would include automotive retail, real estate, commercial and tourism - but because of the interactive nature of our experiences, we’re also seeing applications for restaurants, corporate training and recruitment, e-learning, urban planning, customer and employee orientation and more. Tie all this in with Google business listings, effective SEO, and cohesive marketing efforts and it’s a potent marketing tool.

JE: From what you’re saying, the possibilities this offers for the tourism industry are far more than just the experience of stepping through the door of a villa or standing at the top of a waterfall.
AL: Precisely. The ongoing need for corporate training is an aspect of everyone’s business, as well as employee engagement, customer interaction, recruitment, trade shows … all are key elements of tourism and especially appealing to a country like Jamaica that has shown remarkable growth in this particular industry. We already have the benefits of offering a wide variety of vacation models to visitors, but geographical location and the fact that we are English speaking allow us to play host to a great many conferences and events that can also greatly benefit from this kind of technology. Many conferences are now being delivered virtually because of Covid. We’ve all become familiar with Zoom meetings - little boxes on the screen with faces or names in them - but in VR, you can still deliver the conference space and design, allowing attendees to move to different booths to learn more about product and service offerings and even speak live with a presenter.

Major brands have already engaged ADVRT360 to help promote their products, including the automotive industry, with Fidelity Motors allowing a purchaser to even enter the vehicle. Within the tourism industry the applications are wide ranging such as showcasing boutique spa, Totally Male, to helping promote a stand-alone private villa, like the exotic Villa Tikal, across any booking platform as well as their own site.

Find out how ADVRT360 can help enhance your offerings by emailing them at info@advrt360.com,