Step Back in Time at Great House Attractions in Jamaica 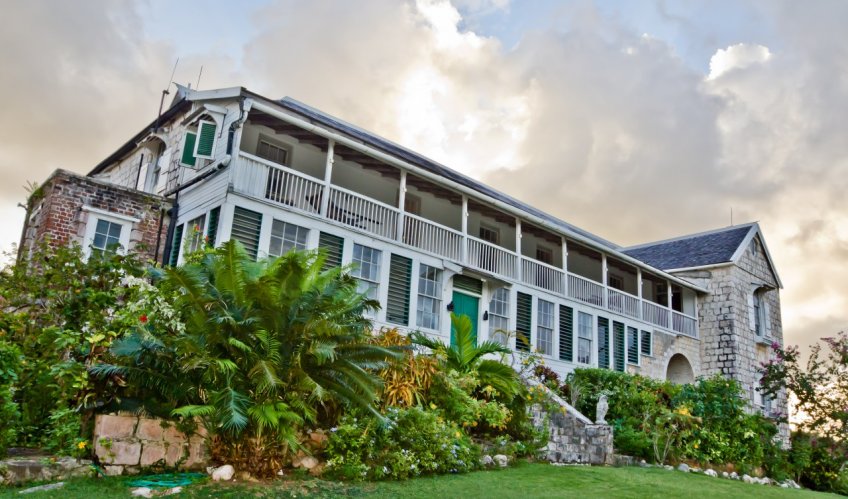 Great House attractions in Jamaica are a way to step back in time. All the way back to the colonial age, capturing an era of great beauty and also great controversy.

Overlooking the beautiful Caribbean sea, on the hills of the former Rose Hall Sugar Estate, approximately 10km, from Montego Bay, St. James is the very imposing Rose Hall Great House. With the many stories about its former owner, Annie Palmer and the cruelty she meted out to her slaves.

Rose Hall Great House is a very popular visitor attraction. Restored to its former glory, visitors may have a guided tour of the Great House, and visit the tomb of Annie Palmer.

Rose Hall Great House was built in the mid-19th Century by George Ash for John Palmer, Custos of St. Thomas for £30,000. The Great House which is of Georgian architecture is built of cut stone on the first two levels and stucco on the third and uppermost level. The main approach to the second level of the building consists of a cut stone symmetrical grand staircase which leads to a veranda on the seaward side of the building. The building is completed with sash windows, keystone, quoins and a hip roof.

On the grounds of the Great House are several gift shops and snack counters.
www.rosehall.com/tours/rose-hall-great-house-day-tour

Bloomfield Great House is situated on a property formerly known as the Bloomfield Estate. It heads the formation of the parish of Manchester. In fact, the Mandeville Square now stands on land donated by four estates one of which was Bloomfield.

The property passed through many phases of development being operated in the past as a coffee plantation, a citrus plantation, a cattle rearing farm and a dairy. The property was even at one time leased to Willing Mullings who used the Great House to operate a small hotel for a number of years. In 1925, the property was purchased by Guy Winchester Harris who made a number of changes to the building which housed the hotel.

The property was sold in 1962 to Richard Harris who operated a dairy. The majority of the land was again sold in 1966. In 1972, Guy Barrington Grant purchased the property on which the Great House now stands.

Today, the property is operated as a Restaurant and Gift Shop.
www.jnht.com/site_bloomfield_great_house.php 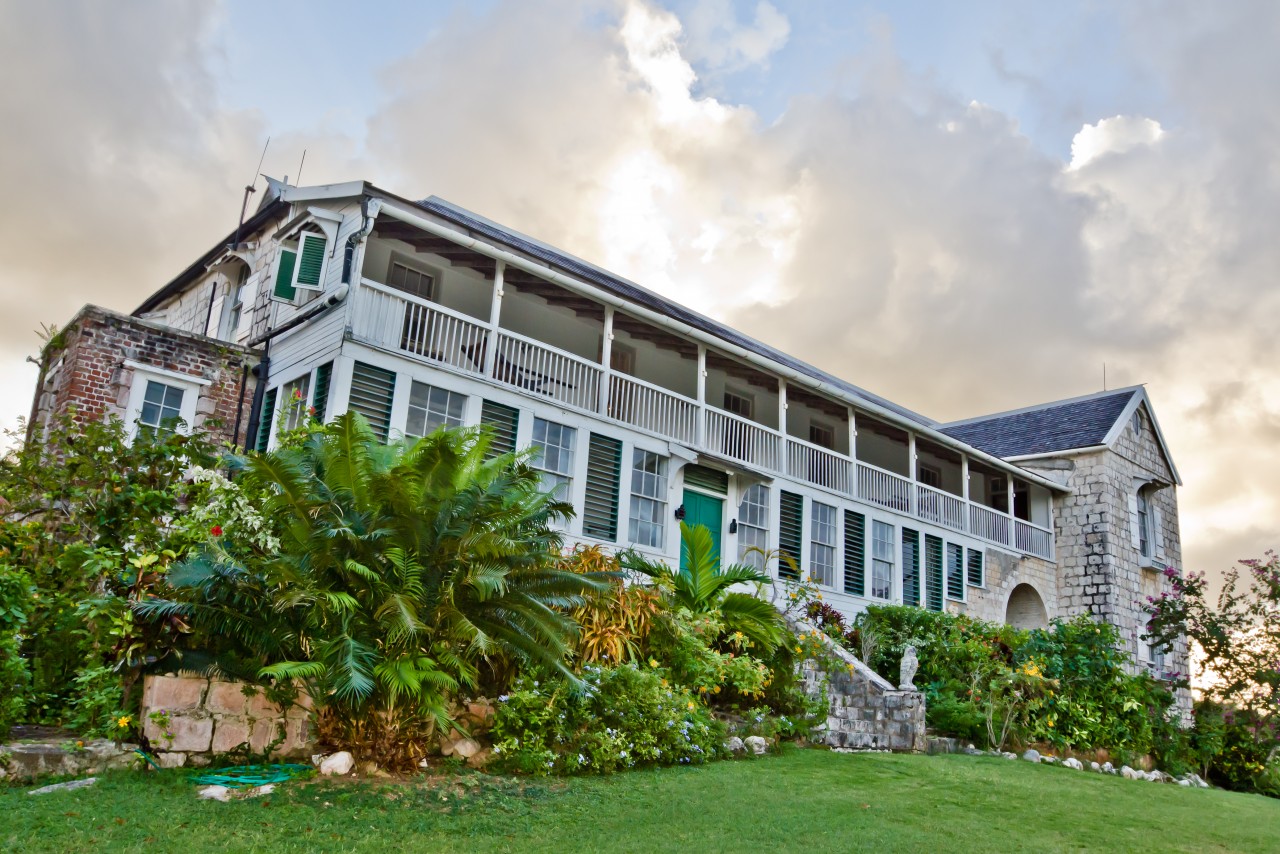 The Barrett’s of Wimpole Street fame came to Jamaica in the 1660s and amassed great wealth from their sugar plantations. They built Greenwood in 1790 as a guest house.

Greenwood Great House located in the parish of St. James, on Jamaica's North Coast, is a fine example of late eighteenth century Great House construction in Jamaica. Both Greenwood and Barrett Hall, which was a couple miles up the hill, once belonged to Richard Barrett, a leading planter in the island who was once Speaker of the Assembly and Custos of the parish of St. James.

He was a cousin of the Moulton Barrett’s of Cinnamon Hill and thus related to the Barrett of Wimpole Street. Richard Barrett was also a cousin to the poet Elizabeth Barrett Browning.

The Great House now functions as a museum. Included in the museum is the original library of the Barrett Family.
www.jnht.com/site_greenwood_great_house.php 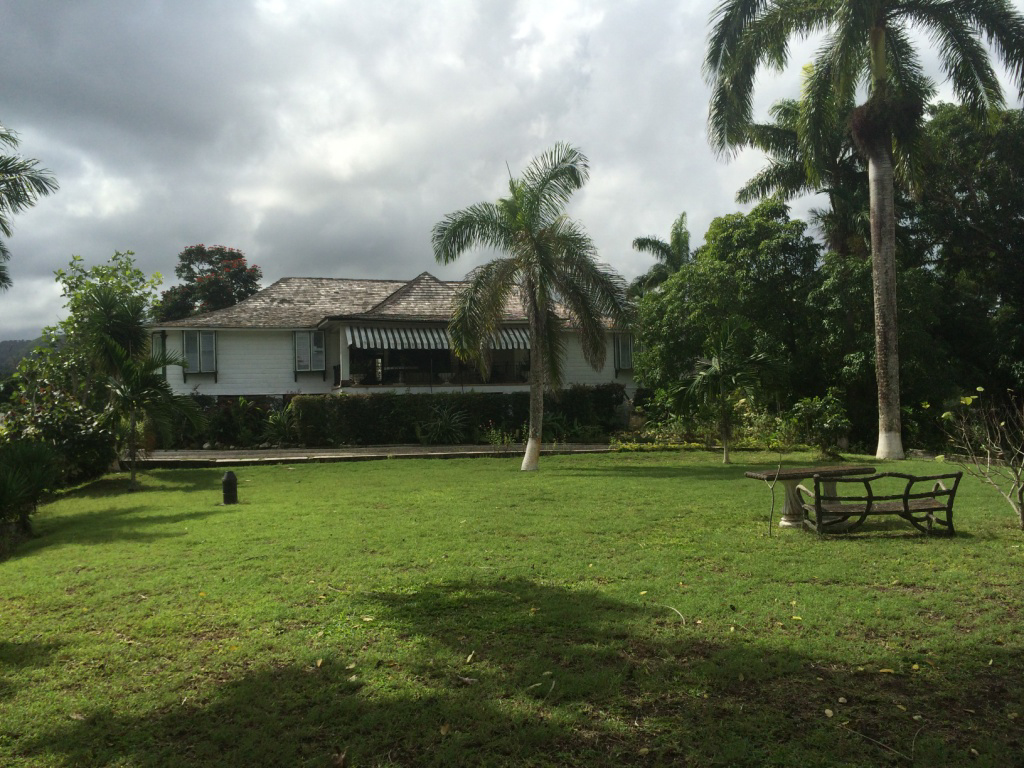 Brimmer Hall Great House was built during the 18th Century by the plantocracy during the days of slavery.

The house is a single story building with glass louvre windows and cooler boxes. The structure has high ceilings, polished wooden floors and a wide verandah. The Great House lies on four to five thousand acres of land which was once a part of four adjoining estates: Tryall, Trinity, Roslyn and Brimmer Hall. All of which was owned by Zachary Bayley.

The Great House is lavishly furnished with original pieces and boasts an exceptional collection of antiques with polished fittings. The floors, ceilings and windows are constructed of native hardwood skillfully hand crafted. There is a master bedroom with a private study and three (3) other bedrooms, a living room and a modern kitchen added.

There still exist six (6) stalls of the former stables which have been converted into shops which boast top quality Jamaican products.
www.jnht.com/site_brimmer_hall_great_house.php 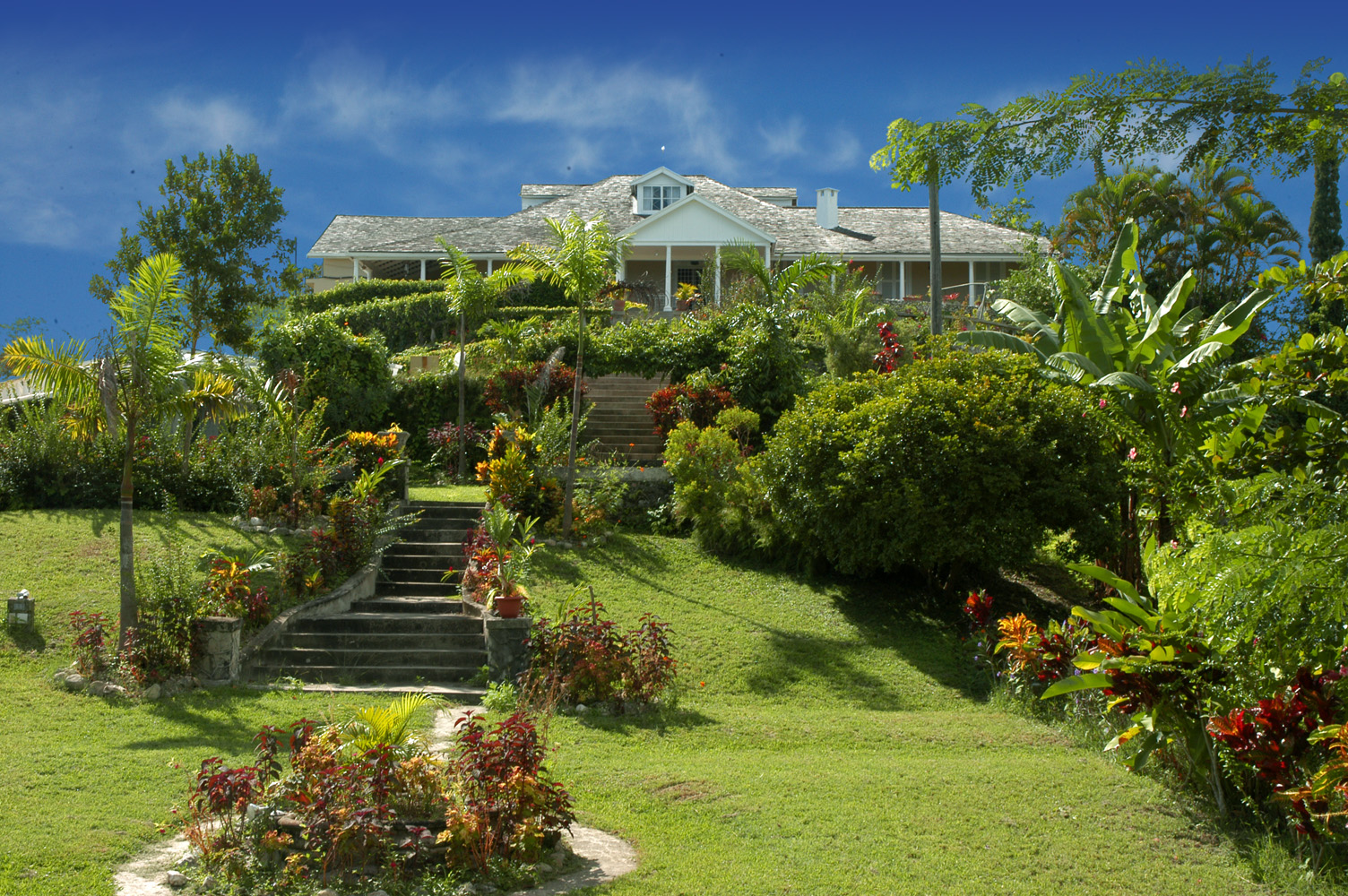 The Plantation was first listed in the Crop Accounts in 1786 as a pimento plantation. The Liberty Hill Plantation house and pimento barbeques have survived that era and can still be seen on the site. The property was once owned by the Tracey’s, who also owned the Windsor sugar estate in St. Ann. In 1802, the plantation continued to cultivate pimento, but the records indicate that there was also the cultivation of coffee.

Liberty Hill was also associated with the first inhabitants. In 1912 a Taino midden was discovered at the top of the hill where the plantation house stands. The midden covered an area of about half an acre. The collection of remains was uncovered when a new driveway was being made to facilitate the turning of motor cars.

The pieces unearthed at Liberty Hill afford good examples of decoration in the handles for pottery especially. One is distinctly fashioned like a parrot’s head; another has a curious serrated edge not until then found in Jamaica. The bowls were found to vary in thickness from three-sixteenth of an inch to half of an inch. The pottery on the whole also seemed better baked than that usually found. The artifacts are presently housed at the Institute of Jamaica. Today Liberty Hill is owned by Jennifer Kerr and associates. The site is marketed as the perfect destination for weddings, corporate meetings, retreats and other social events.
www.jnht.com/site_liberty_hill_great_house.php

The historic Great House is perched on a prominent hill at the heart of Prospect Plantation. It overlooks much of the estate and has an uninterrupted view of the Caribbean Sea. It is possibly the best preserved of all the Jamaican Great Houses kept as residences today.

The Great House was originally built as a fort and later developed into a home. Its walls are three feet thick, constructed of blocks of locally sourced white limestone with twenty nine loopholes. It is furnished with fine antique mahogany furniture which blends perfectly with the weathered cedar paneling. 18th century seascapes, Spanish floral pieces and ancestral portraits decorate the interior.

An extensive flower garden was laid out with shrubs of bougainvillea, allamanda and beaumontia, all of which are immaculately maintained today. The Great House retains its original charm and 19th century grandeur. Visitors are intrigued by the history of the house, the beauty of the gardens and marvel at the spectacular views. A visit to the Great House is included in the Prospect Plantation tour.

The lawns and gardens of the Great House are ideal for weddings and special events and can accommodate up to two hundred guests.
www.prospect-villas.com/the-great-house/

Seville Great House is symbolic of the English period. After the capture of the island in 1655, New Seville was abandoned by the Spaniards. The English divided up and allotted the land to victorious officers and other soldiers. The city of New Seville became the property of one Captain Hemmings, thus becoming Seville Estate. In 1745, Hemmings’ grandson built the great house on the site of the original house which was built at the end of the seventeenth century.

The house originally had of two storeys. However, the top storey was blown off by hurricane, about 1898, and it was never replaced. The structure is of wattle and daub construction with timber floors and English tiling. The doors of the building are of solid raised panel mahogany. The windows are mainly sashed, with later modifications, including jalousies. The interior of the house has mahogany arches, which separates the living and dining rooms.

There is veranda, enclosed by a set of square wooden columns, along the entire northern end of the building. It was designed to provide adequate ventilation and sunlight, as well as privacy. There is a projected entrance portico, which forms the landing for separated cut stone steps. The roof finish is of cedar shingles and the floor has a stained timber finish.

This site is now operated as a heritage attraction.
www.jnht.com/site_seville_great_house.php

The Tryall Estate is on the main road between Hopewell and Sandy Bay, Hanover, just bordering the golf course there. It has been maintained as an attraction with a Golf Course, Tennis and Beach Club. The International Johnny Walker Golf Tournament was held here annually until 1996.

Still to be found on the property, however, are nineteenth century grave stone fragments, the ruins of a sugar works including a huge cast-iron water wheel which still functions, an old cast-iron boiler and a beautiful brick structure chimney.

The Georgian Great House of Tryall Estate has been used as a guest house since the 1930s as a means of supplementing the income from the flailing coconut trade.

It now houses 13 luxury villas, which are privately owned and available to rent.
www.jnht.com/site_tryall_great_house.php