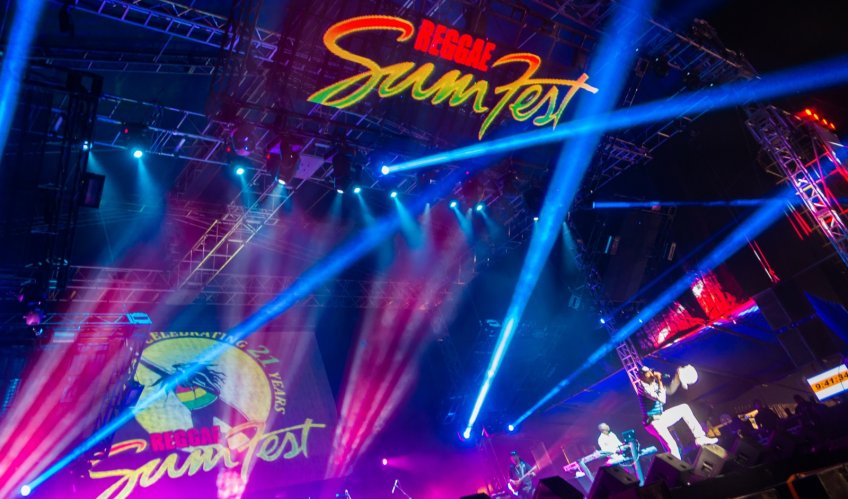 How can you go to the birthplace of reggae and not include at least one night jamming to live tunes? Here are 5 Jamaican music festivals that are stand out experiences.

Sumfest was started in 1993 and, although traditional reggae night is the biggest night, showcasing stars like Damian "Junior Gong" Marley , Stephen Marley, The Mighty Diamonds, Toots & the Maytals, Beres Hammond, Tony Rebel, Frankie Paul, and Freddie McGregor and other major reggae stars. The festival also has other themed and headliner nights and has featured dancehall stars like Vybz Kartel, Popcaan, Tommy Lee Sparta, Beenie Man, Bounty Killer, Elephant Man, Capleton, and Lady Saw as well as international artists that have ranged from 50 Cent, Rihanna and Usher to Kenny Loggins.

2017 will be the 25th Anniversary of the staging of Reggae Sumfest and the plans are underway to make this a hugely memorable experience.

One World Ska & Rocksteady Music Festival
One of the gifts of Jamaica to the world is reggae, which had its own genesis out of older styles. The One World Ska & Rocksteady Music Festival celebrates two original styles of music that influenced almost every musician coming out of the island and created the soundtrack for many Jamaican lives. Ska music is now embraced by many nationalities with at least 1,500 ska bands performing worldwide. The festival will be held at the Ranny Williams Entertainment Centre on Hope Road, Kingston.

Rebel Salute
Every year Organic HEART Group of Companies stages Rebel Salute at the Richmond Estate in Priory, St. Ann. Originally created to celebrate the birthday of another major Jamaican reggae icon, Tony Rebel, Rebel Salute delivers an amazing roots reggae show. Starting out as a concert to celebrate the birthday of reggae icon Tony Rebel, Rebel Salute has evolved into so much more. Rebel draws thousands of people to Jamaica’s South Coast every year. The event is a strictly roots reggae experience, with a vegetarian menu, no drugs and no alcohol making this experience a true bucket list item.

Reggae Month
This isn’t one festival, it’s a month long celebration of all things reggae, centered around Bob Marley’s birthday on February 6rh. There is usually a concert on his birthday at the Bob Marley Museum in Kingston, the famed Birthday Bash in Negril and the One Love Festival down in Montego Bay just to mention a few. There are usually additional music events at sites like Trench Town Culture Yard.

Major Lazer & Friends
Every December the must attend concert event of the year takes place in the capital city. The Christmas season in Jamaica is packed with events, parties, concerts, and the beginning of the theatre season. Major Lazer & Friends is one of the events that many locals look forward to. The electronic dance music (EDM) craze has its roots in Jamaican music and has been enjoying immense popularity internationally. This party brings the music right back home but everyone is invited.

Event Schedule:
Call or email for info for dates of next event.
Tel: (876) 948-1098
Email: Solomon.sharpe@maineventsjamaica.com

Note: The biggest dancehall concert, Sting, has moved to a shifting international venue every year after being hosted in Jamaica for the last 32 years. In January 2017, Dream Entertainment mounted a concert in Sabina Park. Keep an eye out for a new date in the beginning of the year.