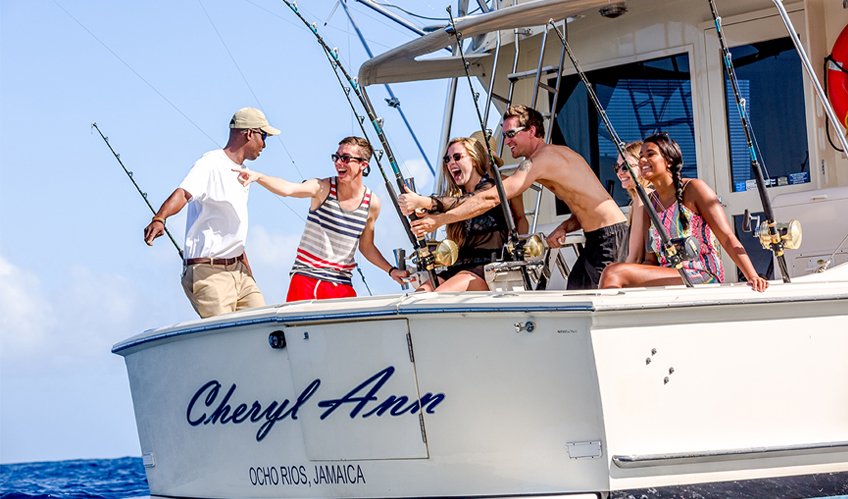 Head out on the high seas for a day of Deep Sea Sport Fishing with Island Routes amazing charter boats and knowledgeable crew for a memorable story of the one that didn’t get away!


The waters off of northern Jamaica are famous in deep sea fishing circles. Anglers can try to land mahi-mahi, wahoo, blue and white marlin, sailfish, tarpon, barracuda, tuna and bonito. Each year the Montego Bay Yacht Club Fishing Tournament (Jamaica International Blue Marlin Team Tournament) and the Annual Port Antonio International Marlin Tournament at the Errol Flynn Marina, Port Antonio, Portland are renowned for some of the largest blue marlin fish caught in the Caribbean.  They run concurrently in September and October, bringing anglers from around the world to fish the teeming waters. Falmouth Blue Marlin Tournament (Falmouth, Trelawny) is the newest addition to the Jamaica sports fishing annual calendar. 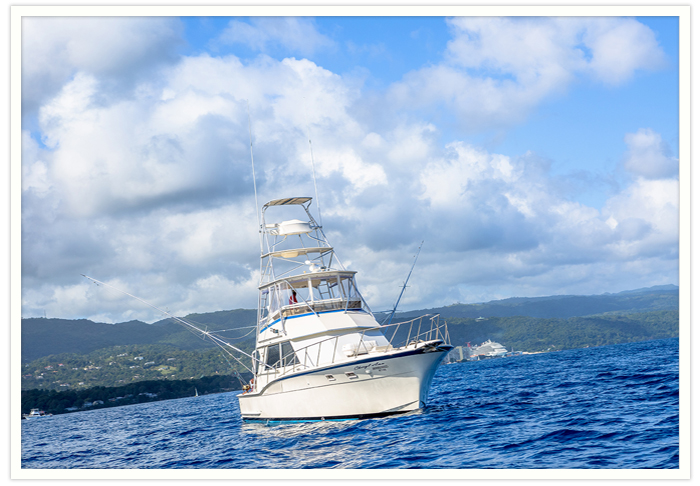 However, there’s no need to participate in a tournament to spend a day at sea, angling for some of the most beautiful game fish in the region. The thrill of deep sea fishing in Jamaica draws people from all over the world and a day on the high seas swapping stories, eating good food, drinking a cold beer or sipping the world famous Jamaican rum is the stuff of great vacation stories, including the ‘one that got away’ and only topped by the story of the one that didn’t.

Island Routes knows exactly what an angler is looking for and can offer the best deep sea fishing experience with an unbelievable fleet of customized fishing boats including: A 46' Hatteras (completely refit in 2008); and two 31' Bertram (arguably the world's best fishing platform). The experienced captain and crew are true fishermen and know the best spots to take you to off the coast in Montego Bay, Ocho Rios and the largely untouched South Coast of Jamaica. 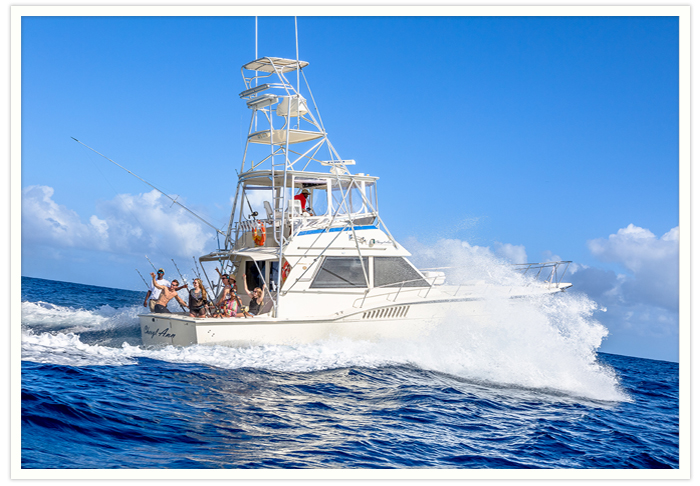 The waters around the Cayman Trench are an angler's dream as the slow moving one to two knot current bunches the seaweed into substantial weed lines. During the rainy season on the island, trees and additional debris get washed out to sea creating floating shelters that attract baitfish and therefore bigger fish as well. Additionally, in the summer months, with flatter seas, the weed lines grow even larger and attract more marine life.

The banks and cays around the island are good for reeling in other fish such as snapper and grouper. Pedro Bank, which follows the south coast, is the largest with many local fishermen living there for the season. Just 15 miles out to sea from Montego Bay is Buckner Bank, ideal for yellowtail, mutton and red tail snapper. With abundant waters only 15 minutes from shore and cruising these waters in a well-equipped sport fishing boat with Island Routes along with the scenic views, this excursion can add up to an unbelievable quality fishing experience in Jamaica. 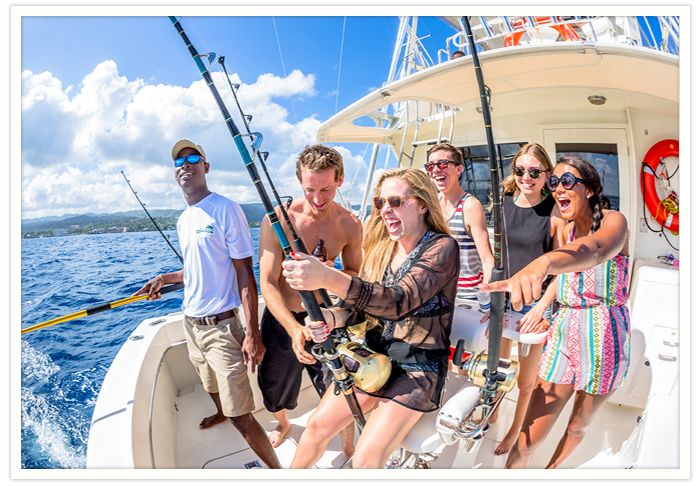 There are times of year for catching other species such as Dorado, which are in season January through to April, and black and yellow fin tuna in season in April lasting until August. The core marlin season is from August to December. However, it's still common to catch

these species year round.

Some of the fish caught are landed, but ever increasingly fish are caught and released. Anglers will have a very good chance of catching one or more of the deep sea fishing species. And, of course, the ultimate deep sea fishing experience would be to hook a blue marlin which can take several hours to land (which is usually a catch and release which is what Island Routes offers.) 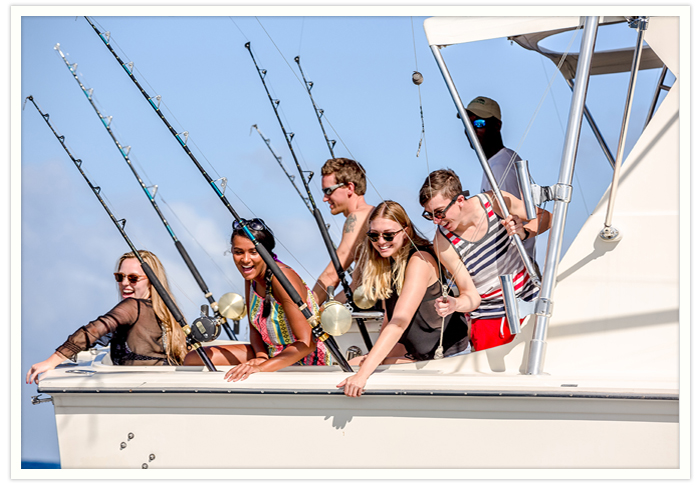 Light snacks and beverages are included in your day out aboard an Island Routes deep sea charter but it’s recommended you bring along a few things like water shoes and a swimsuit, a towel, a change of clothes, and some environmentally friendly biodegradable sunscreen. Bring along some cash too as it’s always handy and of course a camera, after all, if you don’t capture it how can you claim bragging rights!?

The tour does have a few restrictions so remember to read up on the website or talk to your Island Routes booking agent as the excursion is weather dependent  and the duration time doesn’t include travel time to and from the boat.

Watch the video below to see what your epic vacation story of a day on the high seas in Jamaica could look like!

Think you’ve hit on your perfect choice for your day out exploring Jamaica? Then jump on www.islandroutes.com or call 1-877-768-8370 to book your Deep Sea Sport Fishing Island Routes adventure today!

While you’re there check out a few of the other cool activities Island Routes offers for a variety of ways to experience the best of Jamaica.