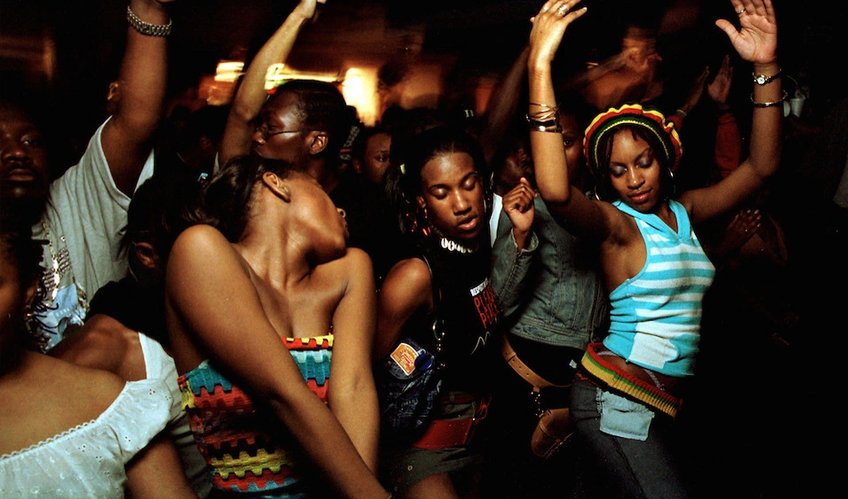 Say the word ‘Jamaica’ and immediately people think of chilling out on a tropical beach paradise set to a reggae soundtrack. While reggae hits from the greats of yesteryear like Peter Tosh, Bunny Wailer and the iconic Bob Marley live on forever, new reggae stars like Chronixx and Damian “Jr. Gong” Marley are making the world sway along with their equally conscious lyrics. Yet, for many Jamaicans as well as people across the world, especially in places like Japan, it is dancehall music that speaks to them. 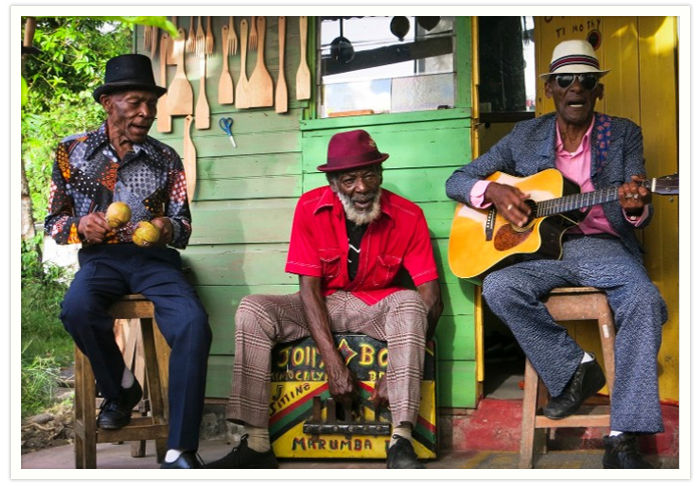 Originating from the traditional street dances popular across Jamaica in the 1970s, especially in the inner cities, the post-Michael Manley years saw the emergence of the basis for the modern dancehall genre enjoyed all over the world. Street dances were the soundtrack of life and Jamaica is where ‘mixing’ first originated. The ‘Selecta’ (Selector) and Sound Engineer would mix and cross sounds. Today at the biggest Soundclash (a sound system competition) and performances by award-winning dancehall artistes, the phrase “Come My Selecta!” is still heard.

Reggae sprung forth earlier, in the 1960’s, denoting a particular music style that was strongly influenced by traditional Jamaican mento (a form of folk music ), the earlier genres of ska and rocksteady, as well as American jazz and rhythm and blues, especially the New Orleans R&B practiced by Fats Domino and Allen Toussaint.

Reggae was thought of as delivering conscious messaging and spoke about everyday life including love stories, news, social gossip, and political comment, set to a counterpoint between the bass and drum downbeat, and the offbeat rhythm section with the bass guitar taking the lead. It also recognizes the glories of Haile Selassie and Jah (God) from the Rastafarian religion and relates to its spirituality. 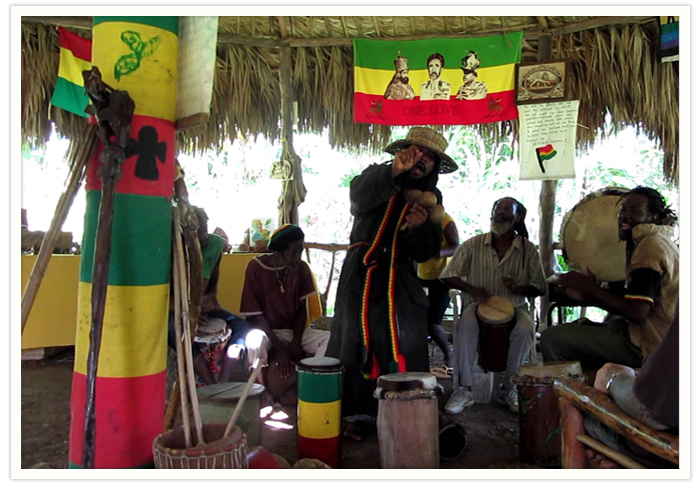 Dancehall too is the voice of the people leading a life in the harsher realities of Jamaica. The digital remixing, dub tones and deep bass tones you can feel in your chest are an almost physical connection to the music. The biggest hits addressed the hardships and violence of day to day existence, of poverty and living with gang warfare and, instead of love songs, laid out strong sexually suggestive lyrics and came under criticism for promotion of gun violence and anti-gay lyrics. It spoke to the people and allowed them to relate to life in a way the gentler reggae tunes didn’t. 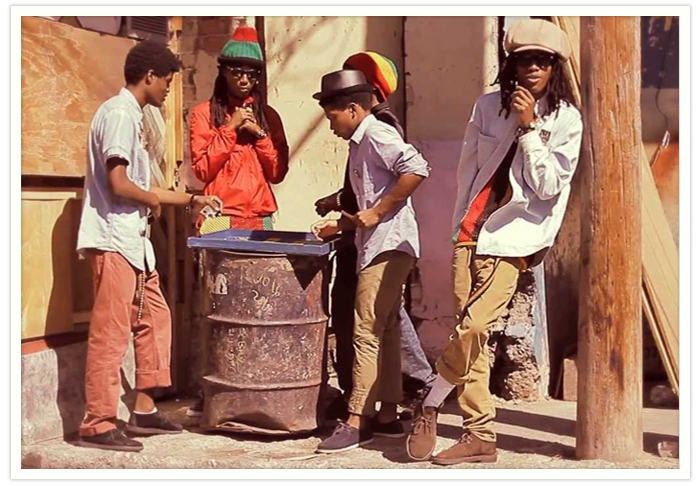 Yellowman, one of the most successful early dancehall artists, became the first Jamaican deejay to be signed to a major American record label, and for a time enjoyed a level of popularity in Jamaica to rival Bob Marley’s. The 80s also saw the rise of female deejays in dancehall music, such as Lady G, Lady Saw, and Sister Nancy. Other international female dancehall stars include artistes like Diana King and, from the late 1990s to today, Ce' Cile, Spice, Macka Diamond, Patra, Ishawna and Shenseea to name a few. 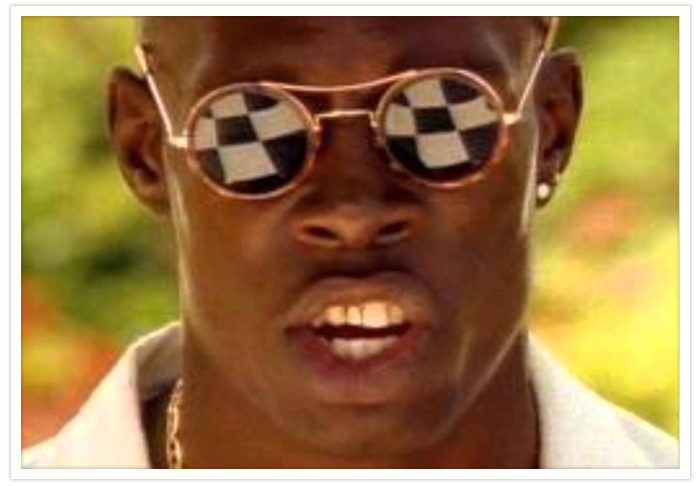 It was the opposite of the preaching of the simple life by the softer reggae beats. The driving dancehall hits had power and an energy that appealed to the younger generation. Artistes like Capleton and Shabba Ranks, who became the biggest ragga star in the world, were dominating the radio waves and pouring out of the cars of young Jamaicans. A new set of producers also came to prominence: Philip "Fatis" Burrell, Dave "Rude Boy" Kelly, George Phang, Hugh "Redman" James, Donovan Germain, Bobby Digital, Wycliffe "Steely" Johnson and Cleveland "Clevie" Brown (aka Steely & Clevie) rose to challenge Sly & Robbie's domination as Jamaica's leading rhythm section.

The deejays’ lyrics shared the realities of the streets of Jamaica with the world. Artists like Beenie Man, Bounty Killer, Mad Cobra, Ninjaman, Buju Banton, and Super Cat became major stars not just in Jamaica but of the sound that was now reaching out on an international level.

Crooners bridged the gap with a softer “sing-song” roots reggae style that incorporated the movements in the shifting music scene with performers like Pinchers, Cocoa Tea, Sanchez, Admiral Tibet, Frankie Paul, Half Pint, Conroy Smith, Courtney Melody, Carl Meeks and Barrington Levy who still draws a crowd to this day. 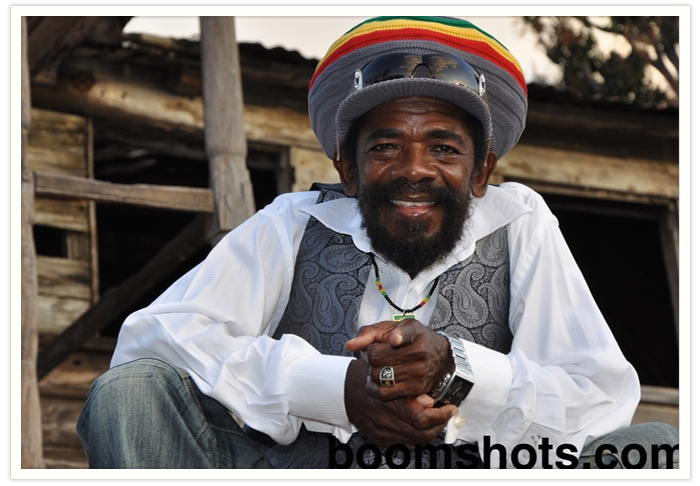 Traditional Reggae artists were still emerging and growing more and more popular with both locals and international crowds. Reggae greats like Jimmy Cliff, Toots & The Maytals, Steel Pulse, Third World, Burning Spear, Black Uhuru, Gregory Isaacs, Lee “Scratch” Perry, The Skatalites and Freddie McGregor would own the airwaves. Maxi Priest, Luciano and others wooed the world with chart-toppers, including Shaggy’s iconic “It Wasn’t Me’ sung the world over and his current collaboration with Sting is once more placing his unique sound to the forefront of popular culture.

UB40s “Red Red Wine” made them a dance floor staple forever and changed people’s idea of who sings reggae. Jamaican music was no longer wholly Jamaican. Reggae was no longer only associated with Rastafarians.

Ska and dub were rediscovered by popular American pop stars like Gwen Stefani and her band No Doubt and became the backbone of one of their most popular albums, which they recorded in Jamaica, while powerhouse Jamaicans like Sizzla delivered a blended array of dancehall, reggae and roots reggae catering to fans of the two styles of music. He would croon conscious lyrics and then turn around and ‘mash up di place’ with hard core dancehall.

Music and fashion go hand in hand and dancehall and reggae are no different. Reggae is associated with the red, black, green and gold, the lion of Judah, head wraps, conservative clothing, a militaristic style and of course dreadlocks. Dancehall’s fashion is as distinctive as the music and is the opposite of the somewhat anti-establishment hippie vibe of reggae.

Although the colours associated with Rastafari still appear, the look started off as more sleek, men in fedoras and suits graced the stage and gave way to the look of the 80s shared by Hip Hop and Rap artists, ie. ‘bling’ and a lot of it. Gold chains and rings would flash under the stage lights and the more you stood out, the better. Women at the dances would go all out and the competition for Queen of the Dancehall was born. Not only did these women become household names but their fashion sense also ruled. 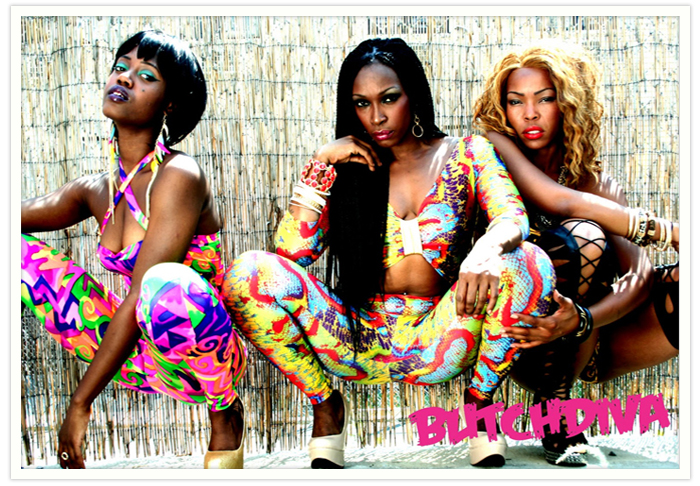 The word ‘dance’ is still an integral part of the dancehall music scene. Unlike reggae which invites you to rock in place or just sit back and chill and let the music wash over you, dancehall is all about the moves. Different hits spawn different moves, and if you don’t know the latest one you don’t belong. Tourists make pilgrimage like trips to Jamaica every year just to be schooled in the latest dance trends and places like The House of Dancehall and individual dance teachers offer classes to the general public.

True dancehall street sessions are hard core and very physical and have come under criticism for not just depicting sexual acts in their execution but of those portrayals being particularly demeaning to women, even though women often participate with equal enthusiasm.

The many concerts and festivals that started developing all over the world is testimony to the power of the two genres of Jamaican music. From Rototom in Spain to Summerjam in Germany pulling in crowds in the thousands, to Reggae Sumfest happening every summer in Jamaica, now in its third decade, reggae is an international juggernaut. Rebel Salute, held in the beginning of each year in Jamaica, has a particularly unique Dancehall night. 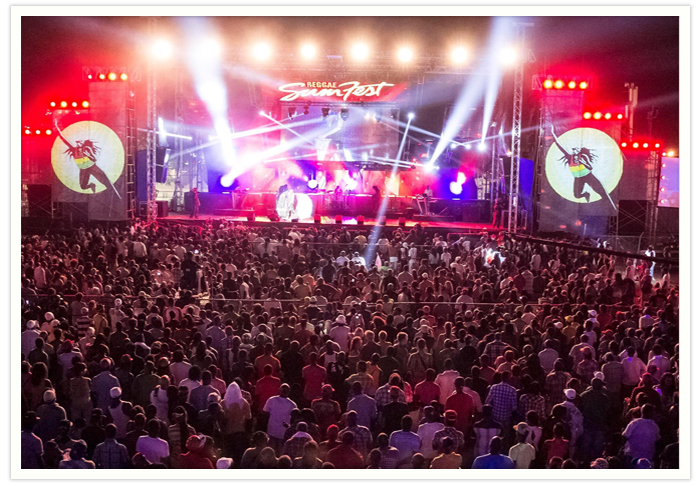 All lyrics must be ‘clean’ and artists are made to perform under their given names and not their stage names. Many comply just to be a part of Tony Rebel’s world-famous reggae festival. Dancehall usually has a similar featured night at concerts promoted as a reggae event, but there are also stand-alone festivals. Sting was the top dancehall concert event in Jamaica for years.

It is now up for international bids for countries to host (similar to the way the Olympics move from country to country). Countries like Japan and Germany embraced reggae and dancehall to such a level that Japanese Soundsystem Mighty Crown beat out Jamaican counterparts to win World Clash in 1999 in Brooklyn, NY in the USA. German soundsystems and artists adhere to reggae and dancehall rhythms while making it their own. Japan has done the same with all of the Jamaican culture yet not necessarily needing Jamaican participation. 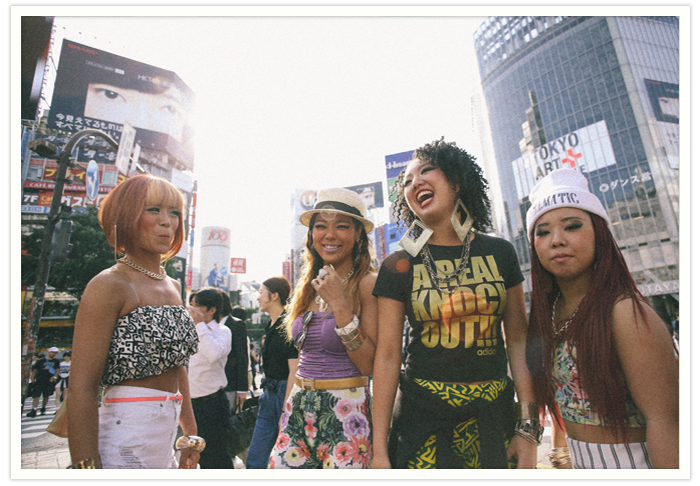 Jamaican Reggae and Dancehall artists continue to tell the story of Jamaican life and musicians from other countries are now using these genres to tell their own cultural stories. Stars are emerging from locations like Ghana (Shatta Wale and Stone Bwoy) , Germany (Gentleman) , France (Naâman) and many more are now making it their own.

The music continues to evolve as it competes with contemporary Jamaican dancehall artists like Popcaan, Aidonia, Alkaline, Ding Dong, Tommy Lee Sparta, Vybz Kartel, Gyptian and Mavado. Mega star Damian Marley incorporates dancehall style rapping into his predominantly reggae driven sound, while Sean Paul has crossed his unique modern dancehall sound with some of the biggest pop stars of today. He has folded his music seamlessly with the likes of Sia, Rihanna and Beyoncé, his fellow countrymen Konshens and BeenieMan as well as those who are the kings of dancehall in their own countries like Gentleman from Germany. 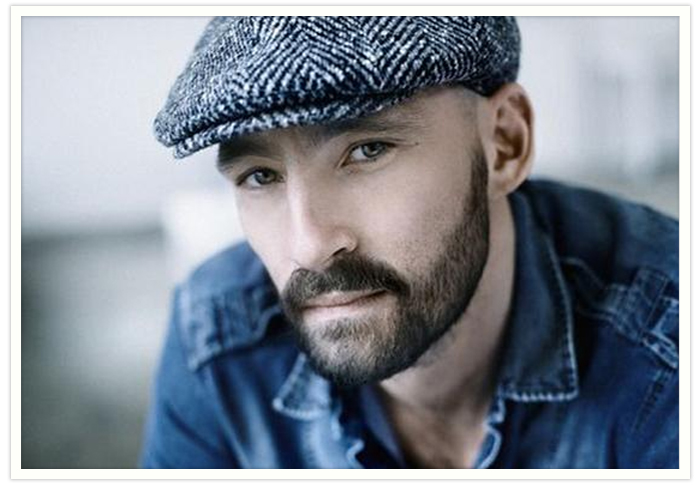 The electronic DJ trio Major Lazer is one of the biggest testaments to the sounds of Jamaica, with hit after hit. One of their accomplishments? The merging of these two major genres to highlight the kinship of these popular forms of Jamaican music and what they share, while celebrating their differences and delivering them to the world in yet another way to move body, mind and soul.