Flavors of the Season Recipe for Jamaican Christmas Ham 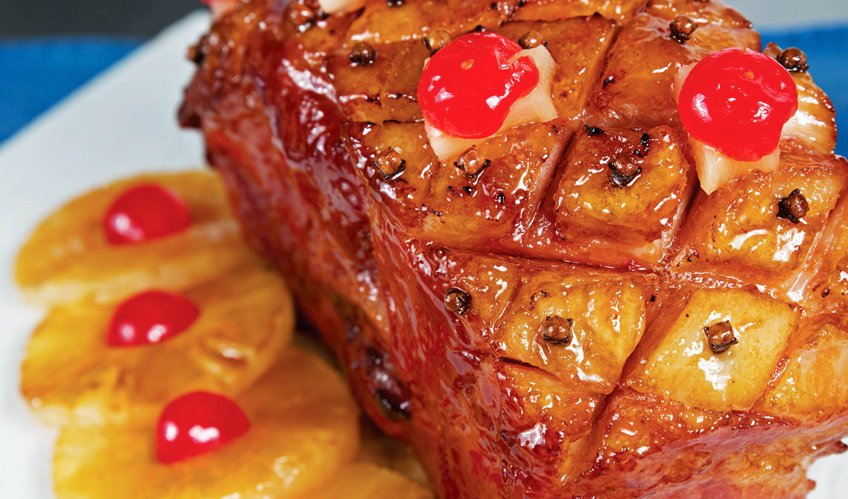 It's the most wonderful time of the year on the island of Jamaica. Cool Christmas breezes, sunny beach days and the smell of, food glorious food, everywhere!

Traditional Christmas dishes are at the top of everyone’s list for the foods everyone looks forward to indulging in. The main star of the Christmas dinner table has to be the traditional pineapple covered juicy Christmas ham. Flavorful cloves and sweet pineapple pair up perfectly with ham in this traditional recipe.

The origin of baked ham on the Jamaican holiday table goes back to colonial times. The British brought their religious customs and the associated foods like the holiday ham which pop up on the island’s tables at Easter and Christmas time.

Here is one suggested recipe for this traditional Jamaican Christmas dish.

There are three different cuts of ham available at most supermarkets: shank, butt and shoulder. Shank and butt cuts are usually fully baked and glazed in the oven.

The shoulder cut is best prepared by first boiling it then finishing it in the oven which is the method for the above recipe. Some find it juicer (and of course you’ll have a lovely bone to make soup with afterwards!) but the other cuts and method will also make a beautiful ham.

If you choose to not go with a shoulder cut then simply preheat the oven at 300 degrees F, then place ham skin side up on a baking tray and bake for 90 minutes. When done, remove from oven and score the ham placing cloves in the grooves.

Also read our FREE magazine & newspaper to find out everything you need to know about Jamaica!!