Pokar Chandiram The story of a champion for the invisible and a servant to those that society has discarded ... a true citizen of the world. 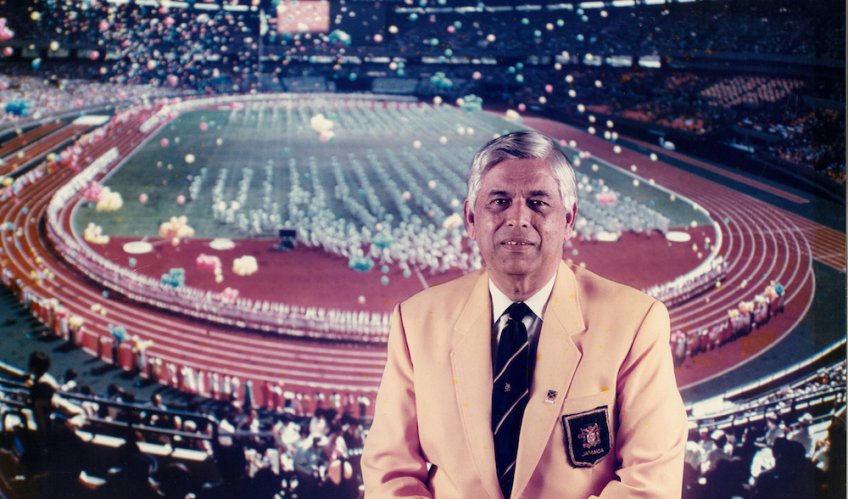 Meet Pokar Chandiram, Chairman of Bijoux, which represents the world’s best brands in its duty-free shops and was recently appointed the exclusive Rolex dealers for Jamaica. But this is almost a sideline to his life of devotion to philanthropy. Born to Hindu parents in Kingston in 1934, Pokar made his first trip to India in March 1947 where he says: “It made a tremendous impression on me. I’d never seen poverty like that.” Moreover the family got caught up in the religious violence precipitated by partition which took place during the summer of the country’s August independence from the UK. Hindus were fleeing from Sind and Muslems were fleeing from Punjab. In October on a train, his family fled their ancestral home in Sind, now part of Pakistan, hostile people pounding on the windows. He still remembers the incredible relief of returning home to Kingston where he felt safe and happy, with all 21 family members settling here.

A graduate of Campion and St. George’s College, heightened by the experience in India and the influence of Jesuit scholars, Pokar Chandiram chose to become a Christian and was baptized on his 21st birthday. Now his wife, his four children, 11 grandchildren and one great-grandchild take pride in the tremendous contribution he has made to Jamaica. A founding member of Food For The Poor with Ferdie Mahfood, Pokar is still a director after having served as Chairman until 1998. Food For The Poor’s assistance in health, education, housing and response to natural disasters is internationally available and respected. Under Pokar Chandiram’s chairmanship The Golden Age Home in Jamaica now has 146 employees caring for 440 elderly residents. He has also quietly given tremendous support to The Salvation Army, Mona Rehabilitation Centre, The Brothers of the Poor, The Missionary Sisters of Charity, The Laws Street Trade Training Centre, The Special Olympics Committee, Rotary Service Club and others. Indeed, The Very Rev. Msgr. Hon. Gregory Ramkissoon of The Mustard Seed Communities says: “Pokar is a true citizen of the world whose clarion call has been to serve the people of Jamaica.”

In 1995 Pokar had open heart surgery, a triple bypass and valve replacement which only slowed him down temporarily. He has still managed to participate for 30 of the last 32 years in his most beloved project. As a founding member of the Jamaican branch of The Handicapped Christian Pilgrimage Trust he has taken six to eight handicapped children – not necessarily Catholic - to experience visiting the holy site of Lourdes in France. Though in ill-health now, his spirits remain high. And his example demonstrates the difference one committed person can make in this world. Pokar Chandiram believes “it very creative to find an area of need and do something about it.” His son Anup Chandiram has been CEO of Bijoux since 1995 and continues the tradition of providing quality service and exquisite goods to visitors through their stores in major Jamaican cities but of his father’s work Anup can only say: “His shoes are so big I cannot hope to walk in them!”