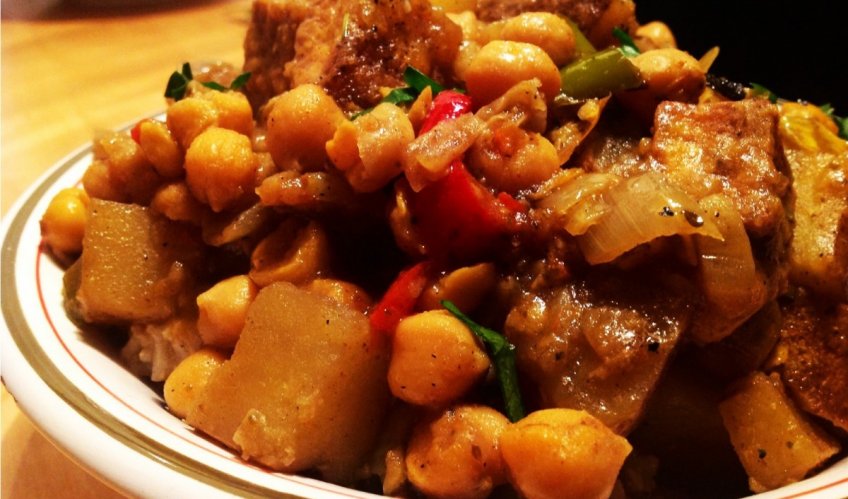 The diet of the Rastafari movement, Jamaican Ital food is a vegetarian diet principally intended to improve health and energy. The idea is to not only do no harm to Jah’s (God’s ) creatures but it is also believed that vegetarianism is closer to tapping into the universal energy.

The name Ital is derived from the English word vital. Rastafarians refer to the universal energy as livity and thus Ital is intended to increase livity, ordaining the diet with a religious or spiritual significance. The most common idea of the diet is that the food should be natural, organic and from the earth, thereby excluding processed foods and meat. Many Rastafarians avoid salt modified with iodine, preferring to use Kosher salt — easily available in most groceries.

One of the early leaders of the Rastafarian movement, Leonard Howell, is thought to have introduced the concept of vegetarianism to Rastafari after being interested in the diet of indentured Indian servants in Jamaica. In Hinduism, as well as Buddhism, and taken up by the spiritual practice of yoga, vegetarianism is one way of respecting life and doing no harm to others or to oneself.

Other variations include avoiding all alcohol and stimulants, a purely vegan diet, believing dairy to not strictly be ital, as well as preparing foods in only bowls made from clay (from the earth) and wood (from trees).

Throughout Jamaica, there are some very good ital restaurants serving juices, tonics, salads and other vegetable based dishes. Even if not of the Rastafarian faith, treat yourself to an ital meal, both as a unique Jamaican experience and simply because you’ll be treating yourself to increasing your livity.

There are many vegan and vegetarian restaurants, and you can keep an eye out for signs on the side of the road, but here are a few Ital Restaurants for you to try: