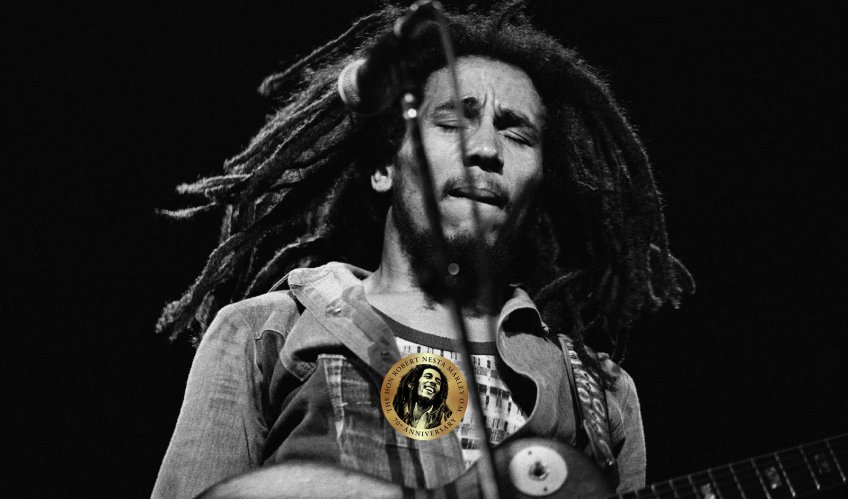 It feels like the reggae icon and his music belong to the world. However, there are still some little known facts about Bob Marley. Here are twelve of them to make you say ‘ wow’.

This was actually his real name at birth, not Robert Nesta Marley as popularly believed. In fact, he was commonly called “Lester” as Nesta wasn’t a common name so in true Jamaican form he was called the next best thing.

Bob Marley is the son of Norval Marley, a white Jamaican army captain whose family was from England, and Sidilla Malcolm, now known as Cedella Booker from Nine Mile in the hills of St. Ann, Jamaica. Norval served in World War 1 and was a member of the Nigerian Police Force before becoming a plantation overseer in Jamaica.

At about age 6, Norval convinced Cedella to allow him to relocate Nesta to Kingston under the guise of offering him a better education and the support of the well to do Marley family. Within weeks, Nesta was left as an orphan with a Ms. Grey who lived on Heywood Street, downtown Kingston - this was the last time he saw his father. Through a fate meeting of a neighbor from Nesta's home community in Nine Miles who had gone to Kingston, Cedella was able to travel to Kingston and find Nesta staying with Grey - she hastily retrieved him and made a speedy return to Nine Mile Hills.

The Beginning of the Wailers

Bob Marley and Neville 'Bunny' Livingston (a founding member of the Wailers) share a closely intertwined existence. As fate would have it, Bunny's father Thadeus 'Toddy' Livingston moved from Kingston to open a shop in Nine Miles, St. Ann - his son Bunny attended school with Nesta at Stephney All Age where they became friends. Shortly, Toddy would sell his shop and return to Kingston at the promise of opening up a bar. Cedella moved to Kingston while Bob was still living in Nine Miles and soon started dating Toddy Livingston (who was married). She later bore a child for Toddy; Bob's sister: Pearl Livingston - so Bunny and Bob actually share the same sister.

Bob’s First Gig as a Welder

At 12 years old Bob Marley yet again travelled to Kingston this time to live with his mother and re-unite with his old friend Bunny Livingston. In Kingston, Bob attended many schools often for just brief stints (two of his longer stints being at Ebenezer and St. Aloysius - then an all boys school). By age 15 Bob was through with school - and employed as an apprentice welder (as was Peter Tosh, Desmond Dekker and Jimmy Cliff). Bob hung up his welding torch when a sliver of metal shard got stuck in his eye and he had to visit the hospital to have it removed - from then on it was all music.

The Wailers Find Their Third

Joe Higgs of the Jamaican duo Higgs and Wilson operated an evening music session in Third Street (Trench Town). It was here that Bob would learn to play guitar under Vincent ’Tata ‘ Ford, who penned ‘No Woman No Cry’ and was to hone his craft under the keen tutelage of Higgs who introduced Marley and Livingston to Winston Hubert McIntosh (Peter Tosh).

It was through Bob's welding connections (Cliff & Dekker) that he would get recommended to Leslie Kong, owner of Beverley's Label to record his first two solo records: 'Judge Not' and it's B-Side 'Do You Still Love Me' (1962). By 1964, after failing to deliver a hit record on the Beverley’s Label, Bob next tried his luck at Clement 'Sir Coxone Dodds' Studio One - this time as part of a group called 'The Wailers'.

Bob’s First of the Marley Tribe

The first of Bob’s children is the little known Imani Carole (Mother: Cheryl Murray), born in 1963 when Bob was 18 years old.

The early Wailers set consisted of Marley, Tosh, Bunny, who was then joined by Junior Braithwaite (Lead singer), Cherry Smith and Beverly Kelsoe. They auditioned for Sir Coxone who wasn't impressed with them until he heard 'Simmer Down' - after which he promptly signed them. Simmer Down became an instant hit and propelled their name into the marketplace, though on the standard Coxone five year contract they only made 20 pound per record (to be divided among the group of 5 or 6).

The Curious Case of the Rita-Bob Wedding

In Feb-1966 at 21 Bob married Alvarita 'Rita' Anderson. Two days after they wed, Bob departed for Wilmington, Delaware to join his mother Cedella who by then had remarried Booker. Curiously neither Peter Tosh nor Bunny were invited to the wedding. Many times throughout his career Bob would be asked about his marriage to Rita; his responses would range from: denying he was married, to having no recollection of the events.

In Wilmington, Bob worked in the Chrysler plant as a forklift operator among other odd jobs. Within a few months, he was back in Jamaica with his bounty of $700USD destined to start his own record label and part ways with Sir Coxone; and so begun the Wail'n Soul'm Label (a hybrid of the Wailers - his group and Rita's group the Soulettes). After the demise of the Soulettes, the label become Tuff Gang; and later through an aversion to the negativity of gangs in Kingston: Tuff Gong.

Bob's saga with this right toe begun from his days in 9 Miles St. Ann. He had stubbed it while playing at the river and at first the toe refused to heal, then when it did it became black. Later on, with his return to Nine Miles as an adult he accidentally injured his right foot with a hoe while farming. But it took a game of football in 1975 when a player in spiked boots injured the ill-fated right toe yet again. For two years Bob laboured with the wound, often bleeding after his many on stage acrobatics - but unable to heal. In 1977 after a protracted period of having the wounded right toe Bob learned he had melanoma cancer, the recommendation was for the toe to be removed, which he did not do and which led to his eventual death.