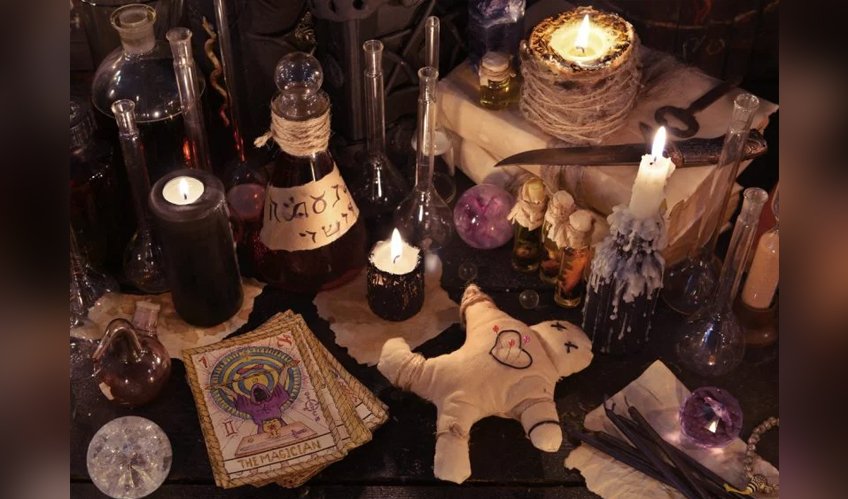 A walk through the history of one of the most unsettling myths of Jamaica’s past when plantation owners ruled the land and massive fields surrounded impressive Great Houses.

One of the most famous of these Great Houses, Rose Hall Estate, remains famous to this day because of the legend of its former mistress, Annie Palmer, known in local folklore as the White Witch of Rose Hall. 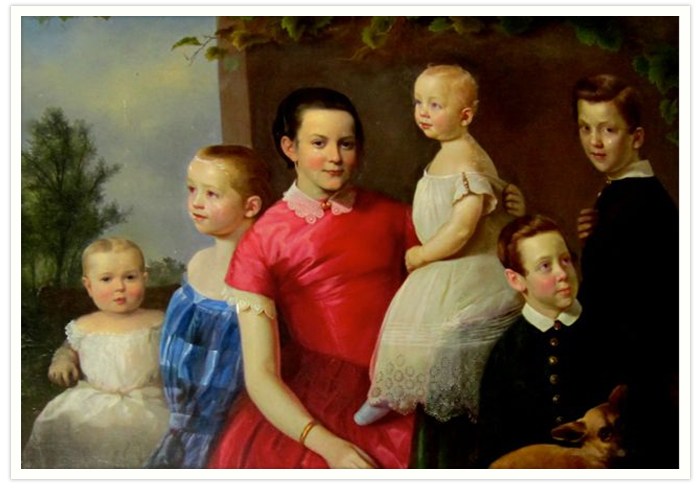 Located on a hill overlooking the sea below the well restored Rose Hall Great House is one of the top attractions in Montego Bay and in fact Jamaica overall.

Many visitors to the Rose Hall Great House in Montego Bay claim to have seen ghosts or captured ghost-like images in photos, and even Johnny Cash wrote a song about the infamous Annie Palmer.  (Make sure to ask about his and June Carter’s former villa close by!).

When you first arrive you walk up an old stone path leading towards the entrance of the Great House. Built by John Palmer and his wife Rosa in the late 1700s, and said to be named for her, the house eventually became the residence of their grandnephew, John Rose Palmer.

He married the young Annie Palmer in 1820, who was rumored to have learned black magic from her former nanny, said to be a voodoo priestess, and Annie was later named the “White Witch of Rose Hall”, possibly due to her skin color but the most associated image of her is in a flowing white dress riding a horse.

Some claim the legend is purely myth and that it is cobbled together from other moments and people in history, however almost any Jamaican can regale you with the same story use to frighten them as children.

Of how she murdered John Rose Palmer and two more husbands afterwards, one by stabbing and strangling the third. She was also known have taken on countless slave lovers and tales of her cruelty were whispered across the island.

Her famous widow’s walk allowed a clear view of the whipping post, old chains are still visible in the dungeon and it is said she made her servants whistle while carrying food to and from the kitchen to the dining table to ensure that she could tell if anyone tried to take a bite and steal some food. 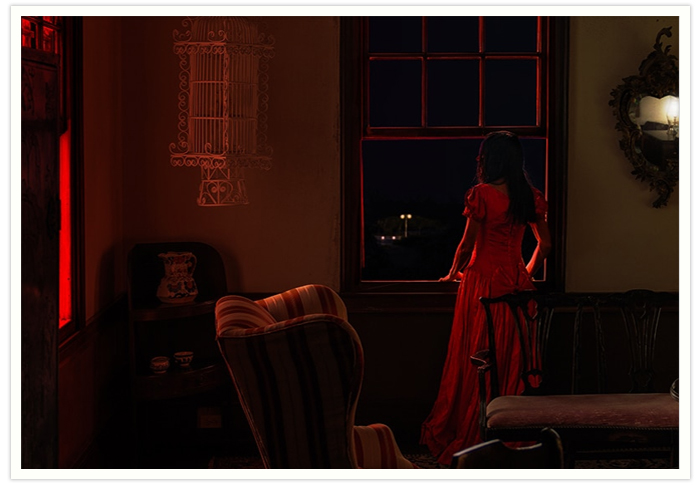 The legend says she was eventually killed herself by a slave named Takoo, one of her lovers, who helped her murder her last husband.

It is said he killed her as she had become enamored of another slave who tried to refuse her. One version says she killed the girl he loved and then the young slave, either way he was put to death and it is because of this situation that Takoo, said to be related to someone in the scenario, then killed her.

Afraid she would haunt them still, she was entombed and Takoo, who was known to also practice black magic, performed a ritual to keep her there. It is said that the ritual was incomplete and she roams the grounds today.

Although the myth has been dissected and debunked, with some saying Annie Palmer was left in debt by her husband John Rose Palmer’s death and let soon thereafter with no children,  a book was written in 1929 by Herbert George de Lisser called The White Witch of Rose Hall and this is the story that lives on today. 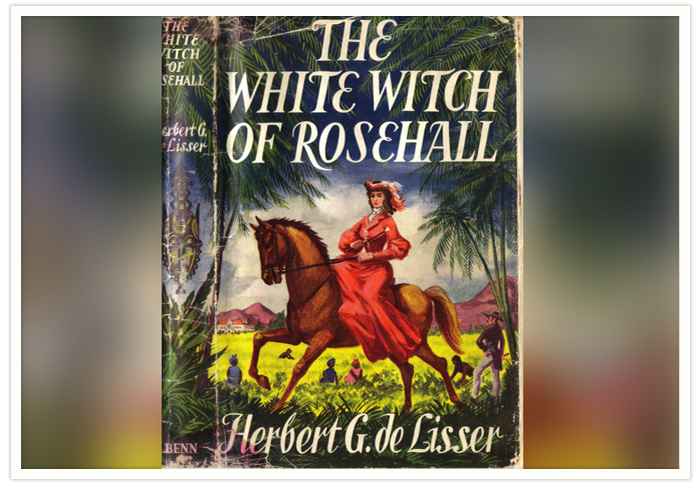 Whether you are a believer or not, the Great House is a beautifully preserved walk back into time and regardless of the truth of the myth or not, it was the center of a former slave plantation.

As with most of these properties from colonial times, the truth is that the lives of slaves were ones of servitude and very hard times juxtaposed against the opulence and beauty of the homes and lives of their masters and all of these aspects are there for visitors to explore.

A guide will regale you with the legend and myth as well as historical information about the house and lands. For those wanting to have a bit of fun, the night tour is an interactive haunted house type experience and a very different way to experience history.

It’s a fantastic day out for everyone to explore both the house and the beautiful tropical gardens. Don’t forget to stop by the onsite bar for your cup of Witches Brew (included in the tour price of approximately USD$25) to steady your nerves! 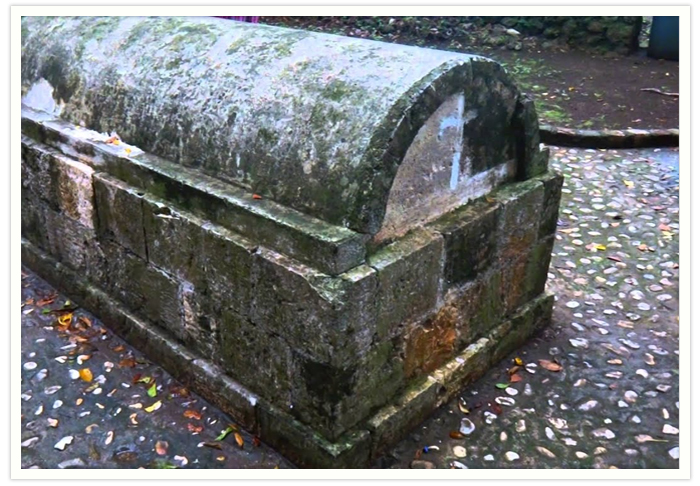 The night tour is also around 45 minutes long for the same price but we don’t recommend this for the little ones under 10 years old.

If you want an entire day out with a tour, beach, sun and good food and even a round of golf, ask about ‘Annee’s Bundle’, a package that ensures a day of fun with a little something for everyone including duty free shopping and prizes and surprises!

For those looking for a distinctive venue to get married, Rose Hall is a majestic location with every spot on the property creating a stunning backdrop to your wedding, not to mention the view! 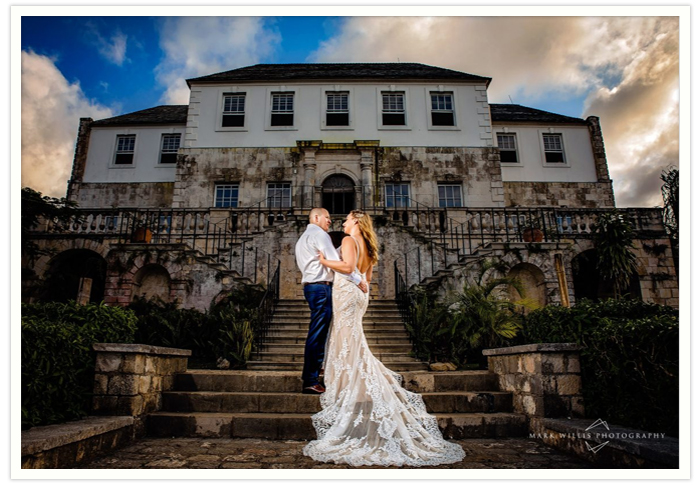 You can choose to get married on the beach, at Johnny Cash and June Carter’s former home, historical locations on the property or at the Rose Hall Great House itself with the option of a completely customized event created by the Rose Hall Estate wedding planner.

A piece of history, a place of legend, a golfer’s paradise, a wedding dream location and so much more …

Click to hear the song written by Johnny Cash

“The Ballad Of Annie Palmer”

On the island of Jamaica

Quit a long long time ago

Where the ocean breezes blow

The mistress of the place

And the slaves all lived in fear

To see a frown on Annie’s face

Are they sleeping beneath the palms

Beside the Caribbean sea

At night I hear you riding

And I hear your lovers call

And I still can feel your presence

Around the great house at Rose Hall

And great paintings on the wall

They’ll show you any sitting room

But they won’t let you see the room

Are they sleeping beneath the palms

Beside the Caribbean Sea

At night I hear you riding

And I hear your lovers call

And I still can feel your presence

Around the great house at rose hall