Have Fun Snorkeling in Jamaica! 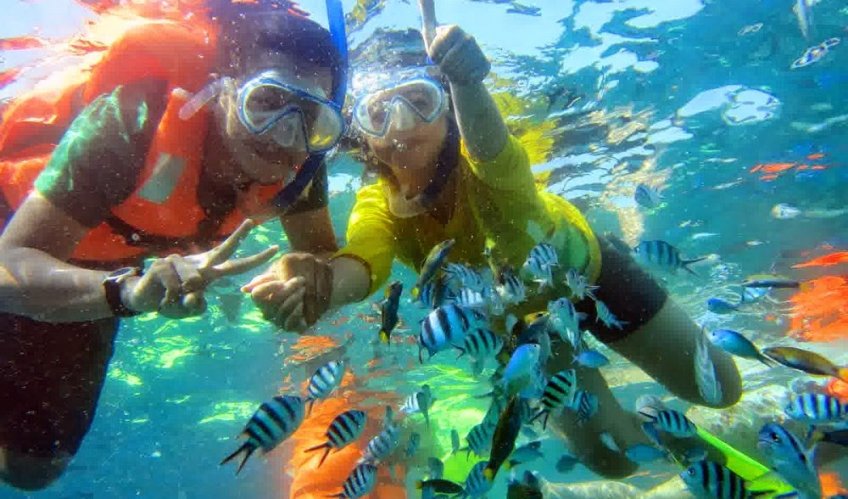 Every year people flock to Jamaica to frolic on the white sand beaches as well as to explore the world under the sea. You can have fun snorkeling in Jamaica as an easy add on way to play without any training or great added expense. This family friendly activity is a leisurely way to spend a few hours in the afternoon with nothing more than a mask and a snorkel, and maybe fins, which many a hotel offers as an included option.

Snorkeling equipment is a fairly easy item to pick up at any store and pack in your bags but, even if your hotel or villa doesn’t have items like these readily on hand in various sizes, equipment is often also readily available for rent through the various dive shops, scuba diving schools, and beach clubs that dot the island. While prices do vary, most snorkeling packages cost less than US$20, which include a mask with a snorkel and flippers. Some offer buoyancy devices as well like jackets.


The best snorkeling water is shallow, clear, and calm, which is why the waters around Negril are so popular. However, there are also a number of great snorkeling places in Montego Bay, for instance, Doctor’s Cave Beach is among one of the favorite spots because it is accessible, the mineral spring water is warm, and the underwater adventure amazing. Abundant sea life is also found around Ocho Rios but for beginners, we strongly recommend Negril. Because the waters are so calm and clear, people of all ages can enjoy snorkeling. If preferred, a person can snorkel out further from shore but because the waters are harder to manage it is recommended to hire a qualified snorkeling guide.

Even though water where snorkeling is done is shallower and calmer than water for scuba diving, there are still important things to know and rules to follow. Here are some important tips that even an experienced snorkeler needs to remember.


Awareness – Snorkelers need to be aware of several things. For instance, currents can be deceiving and as such, they can slowly pull a person too far away from shore or push them into challenging waters. It is also important to be aware of time, which can slip by quickly when snorkeling.

Feeding Fish /Touching Coral - While tempting, snorkeling is about having the opportunity to see underwater marine life and coral up close and personal, not about feeding fish and/or touching coral. This may seem innocent enough but unfortunately, feeding can lead to aggressive behavior in some fish and touching can actually damage coral’s vital protective layer.


Jewelry – There are certain species of fish that are naturally drawn to shiny objects such as earrings, watches, and necklaces. These include barracudas that have teeth and can innocently bite.

Respect of Coral Reefs – If snorkeling around a coral reef, it is imperative not to walk or stand on it. In addition to the risk of coral being damaged, certain marine life to include stingray, fire coral, jellyfish, moray eels, spines, and sea urchins that can cause painful stings love to hide in dark crevices.

Respect of the Sea – Even if an object appears innocent, it is actually illegal in Jamaica to remove anything from coral reefs and dive/snorkeling sites.

Dive Flag – Although a dive flag is typically used by scuba divers as a way to notify boaters that someone is below the water’s surface, this is something that should be considered by snorkelers as well, especially someone who snorkels further away from shore.


Sharks & Sting Rays – Sting rays have been known to come very close to shore and camouflage themselves with the sand drifts. Be mindful or where you step. The tails that ‘sting’ usually only become a danger if the animal is frightened and feels trapped. The great thing about snorkeling in Jamaica is that shark sightings are extremely rare, and usually never within the ring of reef coral that protects areas like Negril. Although nurse and hammerhead sharks are seen from time-to-time, most are quite docile. However, anytime a shark is spotted, a person needs to consider it as a potential risk. In a situation such as this, it is important to remain quiet and calm while slowly making it back to shore.