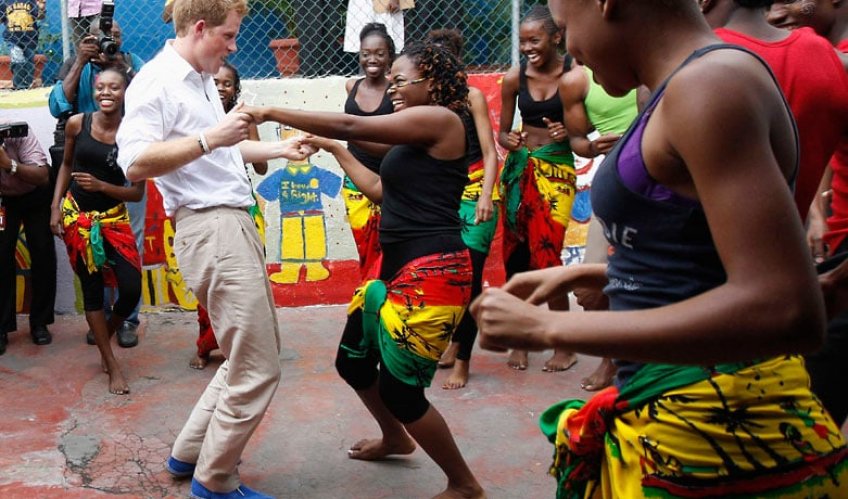 Jamaican culture has transcended the borders of this small island nation to capture the hearts of many societies around the world. From the pulsating dancehall music to the magical lilting reggae melodies, there’s something about our musical culture that has the whole world captivated.


The Japanese are one group that has fallen under Jamaica’s undeniable spell. For years now, waves of visitors from their islands have headed to the ‘Jewel of the Caribbean’ to study with the top instructors, learn the latest moves and enjoy the most famous weekly local street dances.  With contests happening in Japan, and the feeling of love they have for Jamaica, it has led some to even enter contests and some have now won. Most recently, charismatic Japanese DJ “Rankine Pumpkin” entered the popular televised Dancehall contest “Magnum Kings & Queens of Dancehall” and placed second. The ultimate win is for Jamaica, as it was a great example of just how much interest there is for dancehall in Japan and most of all show the impact our culture has on other people from all walks of life.


Jamaican dance moves have been spotted in, and even influenced the entire look and feel of popular music videos with international reach, such as Rihanna’s ‘Rude Boy’ video where she does the “Bogle” dance. The obvious sampling of Jamaican songs and culture appears in numerous hits such as the many partnerships with Sean Paul, from Beyonce’s ‘Baby Boy’ to his recent collaboration on Sia’s ‘Cheap Thrills’ to No Doubt recording an entire ska-influenced album on the island with Jamaican producers. Musical cultural influences can also be spotted in popular foreign advertisement campaigns, the staging of “Passa Passa” events in the Eastern Caribbean and many international celebrities such as Lorde, Jidenna, Sigala, Tyga and Rihanna have not only sampled the music but have also chosen to shoot  music videos on the island, demonstrating that Bob Marley is only one aspect of the popularity of Jamaican music, which remains incredibly relevant with contemporary artists and audiences as well all extending far beyond our shores. In fact Google even dedicated one of its infamous ‘Google Doodles’ to the birth of Hip-Hop, and there at the heart of the beginning of an iconic American music form, was a Jamaican, DJ Kool Herc, or as a DJ at a dance is known as on Jamaican shores, he was a ‘Selecta’.

In Jamaican culture, the music, dance, sound system and selectors at events are of great significance. The selector (mostly males but there have been many female selectors/disc jockeys in recent times) leads the event. This individual speaks via a microphone and takes charge of the event. Emerging in Kingston in the 1950’s, the sound system is also an integral part of Jamaican entertainment. ‘Toasting’ or talking over the rhythm began with reggae music as the sound system increased in popularity and represented a place of enjoyment for many Jamaicans. Disc jockeys and MCs form groups and play the music to excite their audiences. This further gave rise to sound system clashes which involve two or more systems battling for dominance. There have also been several sound system festivals in Jamaica and other countries around the world such as Spain, UK, Croatia, Japan and USA.

In India, the sound system is used as a means of political activism, which helps to energize protests defending free speech. Taru Dalmia, an Indian reggae musician, builds a Jamaican-inspired sound system to energize a series of protests defending free speech. This use of music exemplifies the extraordinary impact of the sound system, an original product of Jamaica, inspiring Indian culture, not just in the evolution of music itself, but in the shifting of a nation’s thinking and attitude to major movements, a cultural revolution happening thousands of miles away simply through  iconic beats and rhythms.

Across the island, tourists can enjoy an original sound system experience in Jamaica by attending a reggae or dancehall session or sound clash which happens all year-round. Although many can enjoy a street dance, sound clash or reggae concert from Spain to Japan, or California to Morrocco, nothing will ever quite capture the essence of enjoying the authentic experience in Jamaica. Nothing compares to letting the beat take you away as you bask in the warmth of the Caribbean sun at a reggae concert on the beach or by moonlight with a tropical breeze caressing your skin, glistening with sweat after dancing the night away to the music of Jamaica in the place where the beat was born. Jamaica’s music culture has made an indelible mark on several societies around the globe and has even revolutionized and inspired how we perceive music…one song, one melody, one beat can change the world.