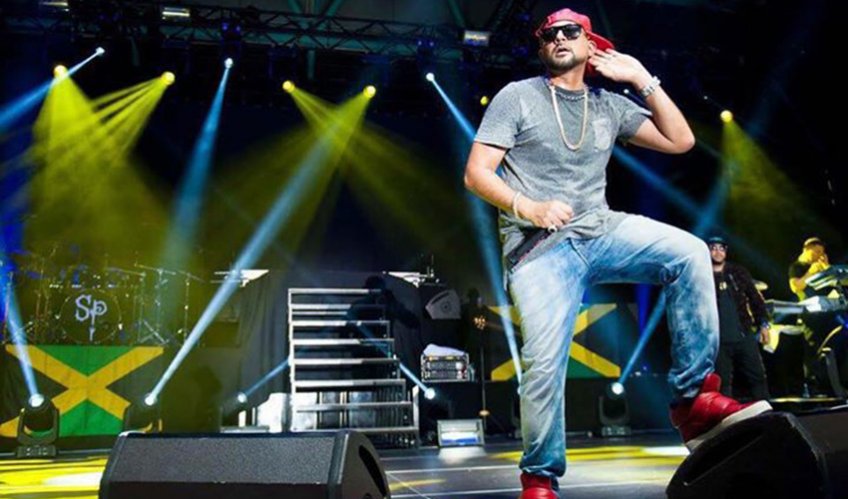 Throughout his illustrious career, which began in the late 90s, Sean Paul’s biggest hits have been more closely aligned with global dance floor tastes than with local dancehall “bashment” (party) favorites; it’s a formula that Jamaican and American (pop) artists are now emulating. “I took elements of what I do as a dancehall artist and added things like dance music progressions, R&B and other flavors to let Jamaican music play alongside what’s happening internationally,” said Sean, explaining his prescient musical approach in a 2005 interview. Sean’s early embrace of various genres has contributed to his career longevity while his unmistakably Jamaican patois flow keeps reggae’s banner aloft as he travels the world in his (unofficial) role as dancehall’s preeminent global ambassador.

Sean was signed to Atlantic Records for 12 years during which time he won a Grammy, sold millions of albums and topped the Billboard Hot 100 with Get Busy (2003) and Temperature (2006). In 2014, as an independent artist, Sean was featured on platinum-selling singles by Reggaeton artist Farruko Passion Whine, and Latin crooner Enrique Iglesias’ joyous Bailando; in 2016 Sean brought dancehall’s kinetic energy to Sia’s 2016 Hot 100 chart topper Cheap Thrills. Now signed to Island Records, Sean spent 9 weeks at no.1 in the UK and currently sits in the Top 5 at Top 40 US Radio, featured on Clean Bandit’s Rockabye.

Sean’s hectic schedule doesn’t allow many opportunities to perform in Jamaica but he’s taking a break from his summer European tour to make his fourth appearance on Reggae Sumfest on July 22. “I remember going to Sumfest in the 1990s, and loving being there,” Sean reminisced. “It’s an important show for Jamaica so it’s important to come home and perform on it.”