Plunge Underground to Uncover the Secrets of the Caves of Jamaica 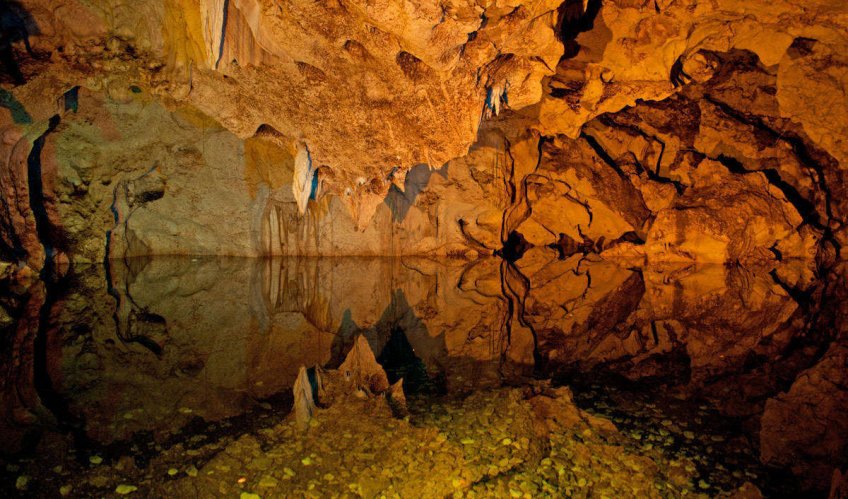 Along with the more traditional things to do while in Negril, Jamaica including shopping, sightseeing, and dining out, some people visit caves for an added thrill. There are actually many caves around the island, each boasting special characteristics and therefore, providing unique experiences. However, most caves in Jamaica share a similar history of being places where escaped slaves and pirates hid out.

An ideal day trip away from your hotel can be spent visiting any one of the caves mentioned below.

Green Grotto Caves – Located less than three miles to the west of Runaway Bay, people have the opportunity to explore a cave that measures over 5,000 feet long and close to 40 feet deep, as well as see a subterranean lake. Special features include complex stalagmites, limestone rock walls, 21 species of Jamaican bats such as the Mustache Bat and Big-Eared Bat, and in the lower region of the cave, brackish water where a variety of marine life exists. Visitors enjoy a 45-minute tour for a nominal fee.

Two Sisters Cave – This cave is located in Hellshire Hills, St. Catherine. While there are different legends about how these caves formed, the truth is that no one is certain. However, experts believe this cave dates back almost 200,000 years and that originally it was a single cave that became two smaller open-air caves after a 1692 earthquake. Both of these caves are now underwater, each with a beautiful blue water base. Overhanging the pools are large rocky ledges where bats and birds live.

Joseph’s Cave – The thing that makes this cave different from others is that it is rich in true Jamaican flavor. Run by a woman called Miss Mae, people can visit the cave simply by signing her guestbook and buying a few drinks. All of the donations made go to Miss Mae’s church. She is a kind lady who people have come to know and love. While the cave is interesting, most people agree it is the opportunity to meet Miss Mae that makes this a memorable experience.

Nonsuch Cave – This is actually a cave system that consists of nine unique chambers, each filled with stalactites and stalagmites. As with other caves, this is home to a number of bat species with most hanging as high as 42 feet in the Gothic-Scale Cathedral chamber. What makes this particular cave so great is that it is part of a former agriculture research center and coconut plantation. Because of this, people not only have the chance to experience an amazing cave but also a gorgeous botanical garden, rainforest, and even nearby shopping.

Keep in mind that along with the caves mentioned, many others exist throughout other parts of the island. Even the smaller caves are intriguing and worth visiting but because some of the larger caves have grown in popularity, they now boast attached restaurants, shops, and even hotel accommodations.