The History Of The Rastafarian Culture 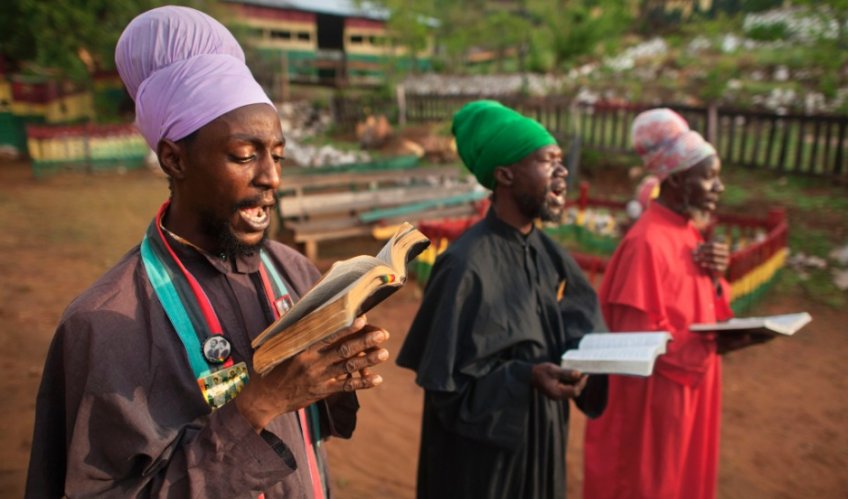 Rastafarianism is a small but well-known religious group based in Jamaica, but despite being a small group Rastafarianism has achieved significant global recognition – mostly through Reggae Music and cultural symbolism.

Beginning
Marcus Garvey, one of Jamaica’s national heroes, created the “Back To Africa” movement and is known as the first person of colour to create a mass movement to promote the freedom of African people. In the 1920s, Marcus Garvey often made reference to the crowning of an African king in the future. His ideas got a lot of attention from the poorer Jamaican communities, and black movements in the UK and US. The crowning of Ras Tafari Makonnen as ruler of Ethiopia in 1930 was interpreted as a fulfilment of Marcus Garvey’s prophecy to some. Makonnen reigned as Haile Selassie gained other titles, such as the Conquering Lion Of The Tribe of Judah.

In 1935 the first form of Rastafari is believed to have been established in Jamaica by Leonard Powell. Howell preached the blessedness of Haile Selassie. He also preached that blacks would gain the superiority over whites that had always been destined for them.

Howell’s actions uplifted others to help evolve and spread the word of Rasta belief. This marks the beginning of Rastafarians and it paved the way for the destiny of the Rasta movement, bringing the hope of a revival with Africa and freedom of the black race.

Evolution
Haile Selassie visited Jamaica in 1966, where he was welcomed with much appreciation and excitement.
The development of Reggae music during that time made Rastafari well known on the international stage. The work of Bob Marley (one of reggae’s most influential figures) and Island Records was popular with the working class Jamaicans and a wider group outside of Jamaica.

As Stephen Davis said, reggae drove “the Rasta cosmology into the middle of the planet's cultural arenas, and suddenly people want to know what all the chanting and praying and obsessive smoking of herb [marijuana] are all about.”

Some of the more traditional Rastafarians were not happy with the popularity of Reggae, fearing that reggae would be looked at as a cultural trend and not as a religion.

In 1974 Haile Selassie was forcefully removed by a Marxist revolution. He died the next year the cause still remains unknown. The removal of a transcendent figure by a non-religious political group was discouraging to Rastafarians at first and put doubt to any suggestion that he was anything but a human representation of God.

Nowadays
Today Rastafarianism is still strong and alive in Jamaica but is still a small religion. Despite this, the Rastafarian symbolism is still very popular in Jamaica through music and art. There are many small Rastafarian communities islandwide that invites visitors to learn more about the fascinating religion.