Reggae Music to the World: How one little island’s ‘big big music’ created a global culture 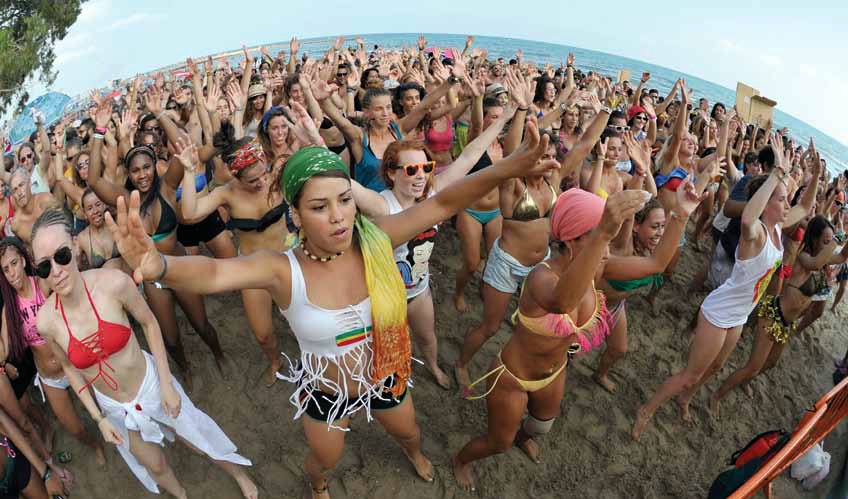 In a recent interview on Jamaica’s Mello FM, multi-platinum selling, Grammy Award winner Sean Paul addressed a shifting dynamic in the reggae landscape. “Nowadays a creative competition has evolved, and we as Jamaican artists making reggae are now competing with the world,” asserted the Jamaican superstar whose singles “Get Busy” and “Temperature” topped the Billboard Hot 100 in the mid ‘00s, (re)introducing dancehall rhythms to the mainstream and a new generation of international pop fans.

“We have to pay attention to Ed Sheeran’s “Shape of You”, Rianna's “Work”, and other artists’ interpretations of dancehall, because the reggae business has evolved outside of our country,” continued Sean who made his comments on Mello’s World Reggae Top 20 Countdown show, hosted by popular radio personality Ron Muschette. The World Reggae Top 20 Countdown ranks reggae songs worldwide based on popularity, digital downloads, physical sales, songs requests through our chart research department and playlists from radio stations worldwide.

That a veteran broadcaster in reggae’s birthplace thought it necessary to tally reggae made by non-Jamaicans alongside homegrown acts and a Kingston born and raised dancehall luminary is closely monitoring dancehall reggae made by international pop stars, indicates the profound impact Jamaican music has had on popular culture worldwide; earlier this year, half of the slots on the Top 20 Countdown chart were occupied by non-Jamaicans, including artists from Nigeria (Burna Boy), Bermuda (Collie Buddz), England (Hollie Cook) and seven American bands including Hawaii's The Green and California’s Common Kings. “Let's keep it real, American bands, Soja, Rebelution, Tribal Seeds, (all of whom appear on the Top 20 Countdown) have been holding down roots reggae in America for years,” observes Lukes Morgan of the Jamaican American, 2016 Grammy Award-winning sibling band Morgan Heritage. “Reggae comes from Jamaica but it's not just Jamaican anymore, it’s an international genre.”

Jamaicans’ migration and the exportation of the island’s music over the past six decades are at the core of a continually proliferating global reggae culture. Jamaican music began making waves beyond the island’s shores in 1964 when teenager Millie Small scored an international pop hit with the bouncy ska (Jamaica’s first popular music) single "My Boy Lollipop", which reached no. 2 in the US and the UK, its success launching Chris Blackwell’s Island Records.

The Jamaica Tourist Board, even in the nascent phases of the island’s tourism, recognized the marketability of Jamaican music by assembling an entourage of artists (including a teenaged Jimmy Cliff) to perform ska at the 1964’s World’s Fair in Queens, NY. Cliff’s vehicle to superstardom arrived a few years later with his starring role in and brilliant contributions to the reggae soundtrack of the 1973 film The Harder They Come (Island Records).

The success of The Harder They Come served as the introduction to reggae for many outsiders of Jamaica, especially in the US. As the 1970s progressed, artists including The Wailers (and the stellar individual careers of the group’s founding members, especially Bob Marley and Peter Tosh) as well as Black Uhuru, Burning Spear, Culture, Third World, Toots and the Maytals and The Mighty Diamonds, among other acts, took Jamaican music to a vast, embracing international audience.
Downalod Harder They Come on iTunes 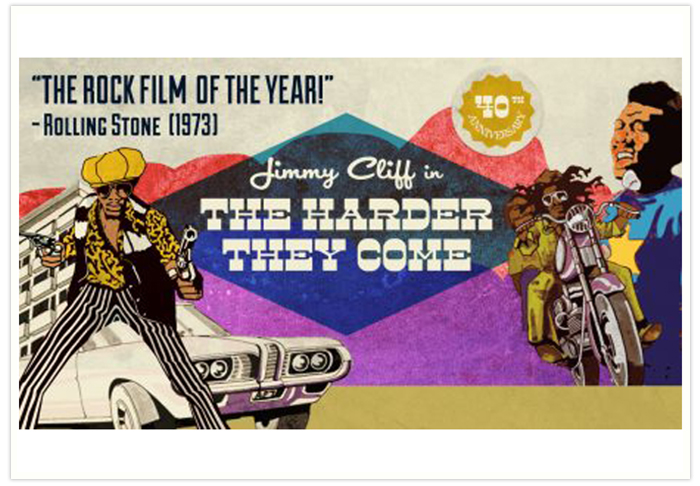 Today it would be difficult to find a country whose music or cultural expression has not been impacted by Jamaican music. Reggae and its empowering lyrics focused on equality and justice has sparked liberation movements throughout Africa and propelled free speech protests across India.

Jamaica’s signature rhythms have given rise to superstar German reggae singers, Italian ska bands, Japanese sound system selectors playing reggae and dancehall, speaking patois and winning clashes against their yardie counterparts. A dreadlocked Rastafarian vocalist singing reggae won Poland’s Got Talent TV competition. In the US, New York, and Miami, home to thousands of Jamaican immigrants, are no longer reggae’s biggest markets; instead, California and Hawaii, dominate a thriving domestic scene where reggae bands, devoid of Jamaican ancestry, are estimated in the thousands. “Hawaii has always been a hub for reggae since Bob Marley’s days; he did a show in Waikiki in the late 70s, his music spread and it’s trickled down to what we are doing now,” says popular Samoan American singer J Boog.


A Best Reggae Album Grammy nominee in 2017 and 2018 for, respectively, Rose Petals and Wash House Ting, California born J Boog has lived in Hawaii for many years where several artists’ distinctive reggae adaptations are making their mark internationally. “Reggae was everywhere when I was growing up in Hawaii but only now are Hawaiian artists starting to get some shine,” J Boog continued. “Our music is called Jawaiian, Island Reggae, many things, but its foundation is reggae music born in Jamaica.”