The Evolution of Dancehall Music 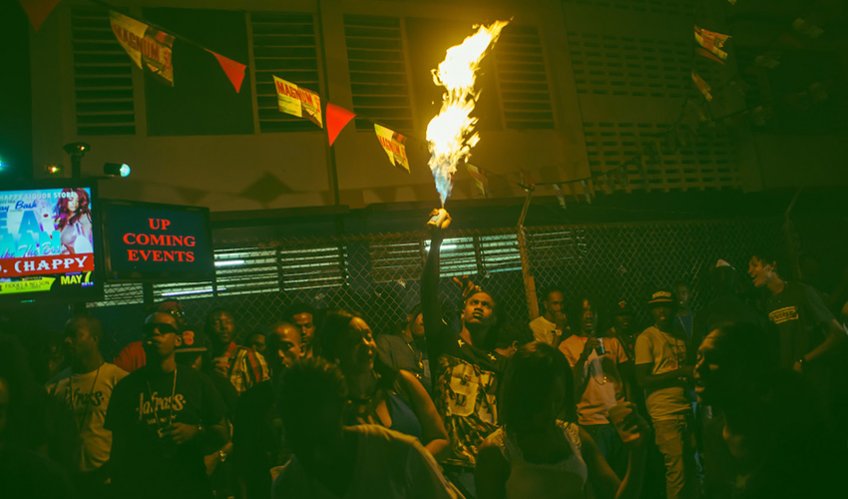 Jamaican music has been evolving for the past fifty-five years. From ska to rock steady, reggae to dancehall, Jamaican music commands attention and respect. Dancehall music presents a rhythmic blend of Jamaican patois and heavy drums that create a soothing and infectious sequence of beats. Even with its complicated Jamaican dialect, dancehall music has amassed a global fan base stretching from Colombia to Canada, Holland to Japan.

Dancehall is considered for many aficionados the natural, and evolved, successor to rock steady music. In the 1960’s, sound system culture specialists Bunny Lee and Duke Reid changed the rock steady rhythm into groovier up-tempo reggae rhythms and thus was born dancehall music. Lee “Scratch” Perry, the man behind the Maytals, Delroy Wilson, and the Skatalites, who later mixed Bob Marley and the Wailers, would help to construct a rhythm matrix that would push reggae into a whole new dimension with a subsidiary beat that was staccato and more

The party scenes in Jamaica were soon turned wild by the creativity of 'Master Record King' Tubby who spliced popular records with local versions. Soon enough, deejays started sampling on Tubby’s dub plates, led by U-Roy. As such, this heralded the birth of the deejaying culture which is attributed to the development of popular music styles like rap and hip-hop.

Shabba Ranks put the deejaying culture squarely on the world map when he became the first, and only, deejay to win a Reggae Grammy with his success at the 1991 Grammy Awards. He shared the success of His "As Raw as Ever" album being certified gold in an interview on the David Letterman Show.

Dancehall music became an indomitable part of Jamaican culture as local record labels started signing lucrative deals with top US record labels. Over the years, the dancehall culture has influenced the way People talk, how they walk and even how they dress. Dancehall deejays are the heart of this movement with their timely topics and fast tongues riding rhythms deep with jarring bass lines winning “forwards” and “lighter salutes” from crowds below.

Today’s Reggae revolution, however, via a more "conscious" message, Seeks to stimulate the public on sensitive issues while entertaining. New artists speak to a wide range of societal ills as they seek to drive Conversation around perceived injustice and spread messages of hard and earnest work while resisting and holding accountable inept and corrupt leaders.

Dancehall continues to spread its wings. Its influence continues to Broaden as evidenced by Japanese deejays performing in a mixture of their native tongue peppered with Jamaican patois. Even in the US, dancehall music is widely sampled in otherwise mainstream genres (including pop, EDM, hip hop and rap) and has even secured pride of place with a segment on Oprah where the popular host learned to do the 'Butterfly' (dance) on her award-winning TV show.