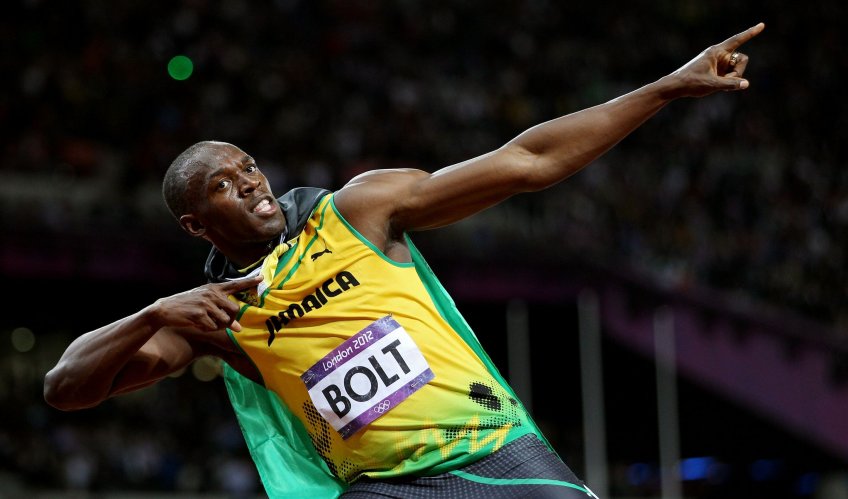 Since first participating in the London Olympics in 1948, Jamaica has sent athletes to compete in every Summer Olympic Games. Combined, they have won 68 medals with all but one medal won in athletics, and all but three, in the individual and relay sprint events. Here is a list of the Top 10 Athletic Stars of Jamaica, all of whom were record setters and ground breakers in their own right.

Usain St Leo Bolt OJ, CD
The first person to ever hold both the 100-metres and 200-metres world records, (beating his own time in consecutive Olympic runs) at 9.58 seconds and 19.19 seconds respectively, Bolt also holds, at 36.84 seconds, the world record as part of the 4 x 100m Jamaican men’s relay team. Nicknamed the “Lightning Bolt” he is also the only sprinter to have won gold in the100-metres and 200-metres races in three consecutive Olympics (2008, 2012, 2016). His unprecedented dominance and achievements have him widely considered the greatest sprinter of all time. 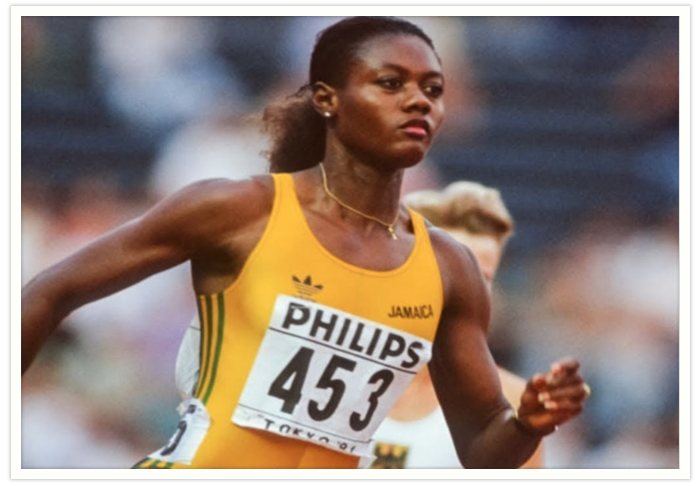 Asafa Powell
Specializing in the 100-metres, Powell has broken the sub-10 second barrier in competition more than anyone else in athletics history at an amazing 97 times. His personal best of 9.72 seconds is the fifth fastest in history. He was also part of the world record breaking 4 x 100-metres Jamaican men’s relay team that won gold at the 2008 Beijing Olympics. 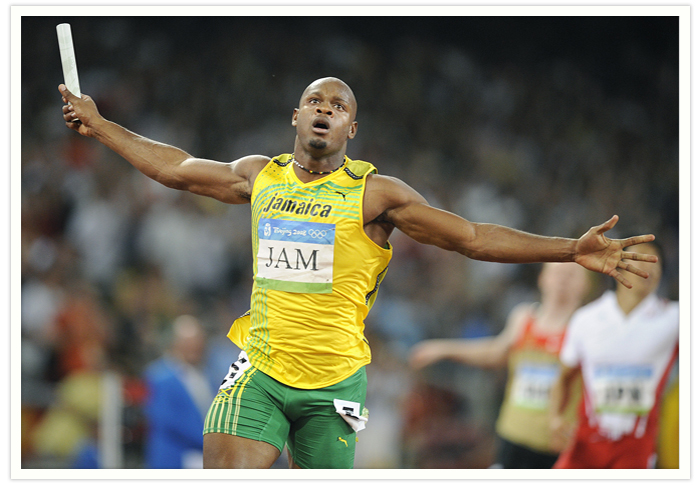 Deon Hemmings
A former 400-metres hurdler, Hemmings was the first Jamaican female ever to win gold in the 400-metres hurdles at the 1996 Atlanta Olympics with a record-breaking time of 52.64 seconds; a record that would stand until broken in 2004. Hemmings would also be the first woman from the English Speaking Caribbean to win a gold at the Olympics. 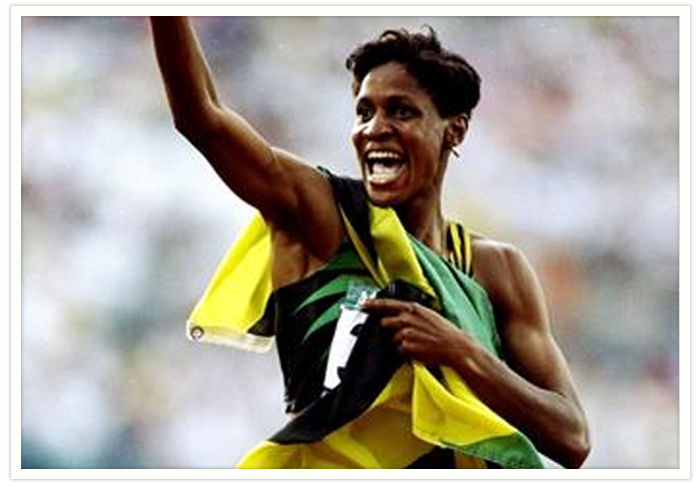 Veronica Campbell Brown CD
A seven time Olympic medalist, Veronica Campbell-Brown is also the youngest Jamaican woman (at 18 years old) to win an Olympic medal. At the 2012 Olympic Games she became the second woman in history to win two consecutive Olympic 200-metres events. She holds personal bests of 10.76 seconds for the 100-metres and 21.74 seconds for the 200-metres. Having had such an early start in her athletic career, Campbell-Brown is also one of only nine athletes to win World Championships at the youth, junior and senior level of an athletic event. 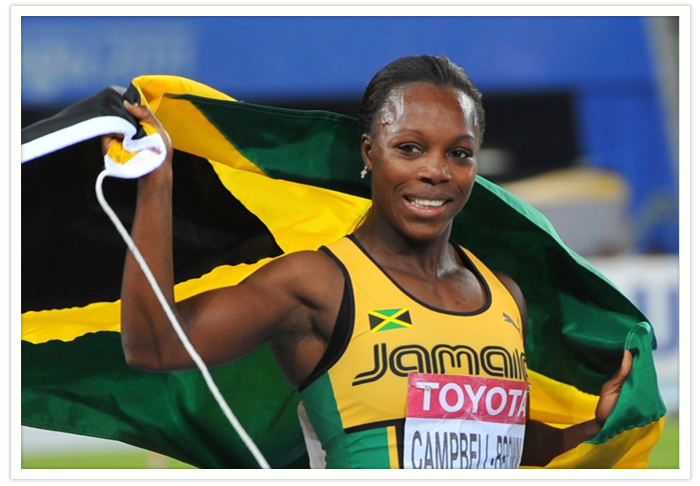 Merlene Ottey OD
The first Jamaican and Caribbean woman to win an Olympic medal, she is also the only track and field athlete to participate in seven different Olympics: Moscow 1980, Los Angeles 1984, Seoul 1988, Barcelona 1992, Atlanta 1996, Sydney 2000 and Athens 2004 (where she represented Slovenia). In total, Ottey would capture nine medals (three bronze in the 200-metres, two in the 100-metres, one in the 4x100-metres relay and a silver in the 100-metres, the 200-metres and the 4x100-metres relay).

Donald Quarrie CD
A schoolboy athlete turned sprint champion, Quarrie was one of the youngest athletes to make the Jamaican Olympic teams. Stepping onto the international scene with a sprint triple in the 1970 Commonwealth Games and then repeating the feat at the 1971 Pan-American Games in Colombia adding a record matching run of 19.8 seconds in the 200m, DQ proved himself one of the world’s top sprinters in the 1970s. He would go on to compete in five Olympic Games and win four medals during his career. A five time winner of Sportsman of the Year, there is a statue of him at the entrance to the National Stadium, a high school that bears his name in Eastern Kingston and several reggae songs that pay tribute to him. 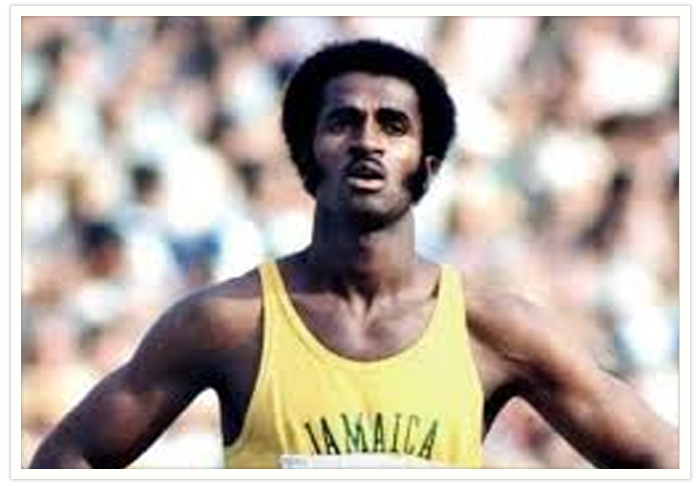 Arthur Wint OD, MBE
Also known as the “Gentle Giant”, Wint was the first Jamaican Olympic gold medalist, winning the 400-metres at the 1948 Summer Olympics in London in 46.2 seconds. In the Helsinki Games in 1952, he was part of the historic Jamaica 4x400-metres men’s relay team that would win gold and set a world record. 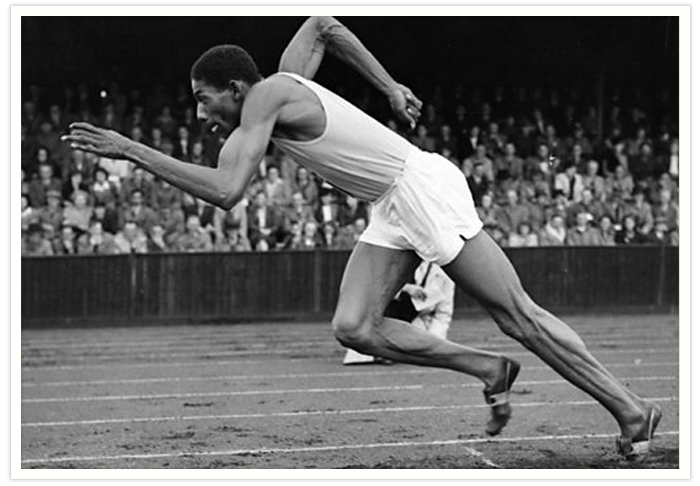 The Hon. Herbert “Herb” McKenley
The world’s fastest 400-meter runner more than half a century ago, McKenley is considered the driving force in Jamaica’s climb to track and field glory. Although in 1947 and 1948 he set world records for racing, it was his work in later life (from 1954 to 1973) coaching the national team and later serving as president of Jamaica’s Amateur Athletic Association for which he is recognized. In 1964, McKenley entered a Jamaican high school team for the first time in the Penn Relays in Philadelphia. Now, more than 30 Jamaican high schools send over 400 boys and girls a year to the annual meet. Since that first year, Jamaican schools have won almost half of Penn’s major relays for both boys and girls. His youth program launched international stars Don Quarrie, Merlene Ottey and Lennox Miller. 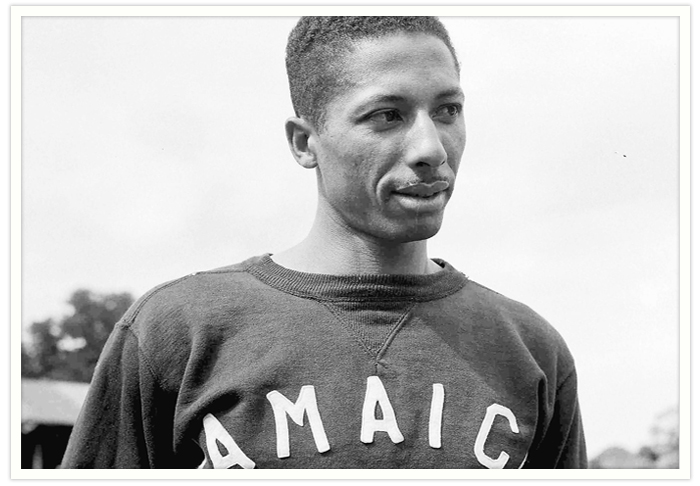